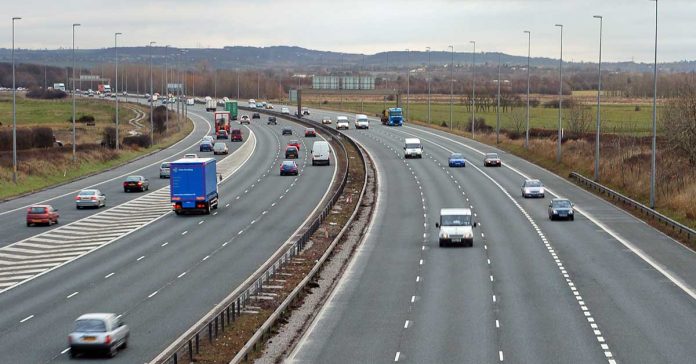 A new roundabout near junction 17 of the M6 will lead to more air pollution and cost motorists more money, it has been claimed.

Sandbach man Richard Hamilton, who regularly takes Cheshire East Council to task over traffic issues in the town, wanted to make people aware of an update to plans for the second phase of the Capricorn development, off Old Mill Road.

He has highlighted that W&S Sandbach now proposes that in addition to the secondary roundabout access on to Old Mill Road, a dumb-bell arrangement on the eastern side of junction 17 will be constructed.

A letter from Mr Hamilton in this edition of the Chronicle said: “Before everyone gets too excited, the second roundabout on the eastern side will not be immediately at the other end of the motorway bridge but will instead be positioned at the Holmes Chapel Road junction.

“This will mean that everyone coming off the southbound sliproad will have to turn left and negotiate the new roundabout before they can access Sandbach.”

He said that in addition, traffic coming from the Arclid direction will be “banned” from turning right into the Holmes Chapel Road and will be “forced” to go over the bridge and do a u-turn at the western roundabout.

Another set of traffic signals will be placed at the northbound off slip to Sandbach, he added.

“In all, this will mean that not only will journey times be longer, but motorists will have to pay for the additional mileage incurred,” Mr Hamilton said.

“While this may seem very little, it is estimated that everyone who uses this junction to access the M6 will have to pay at least an additional £20 per year for the privilege of supporting this development.

“This may not seem much, but it is 33% higher than the proposed additional precept for policing in the borough.

“Commercial and business travellers will pay much more. If only 10,000 Sandbach motorists use this junction each day, it amounts to a staggering minimum of £200,000 per year.

“For good measure, it is estimated that an additional 20,000 motorists will now have to use the new roundabout at the Holmes Chapel Road junction, which will undoubtedly increase air pollution in what is already an air quality management area.”

Mr Hamilton said: “This proposed highway arrangement may be an engineering solution to a developer’s access problem, but it has far-reaching economic and environmental issues for Sandbachians.

“Siting the additional roundabout at the eastern M6 slip roads would resolve these issues.”

He added: “Please let your local councillors know your views on this.”

The Chronicle asked Warrington-based W&S Sandbach to comment but it had not responded by deadline yesterday (Wednesday).

Planning permission has already been secured to create a new roundabout to improve the northbound slip road of the M6 and create an access into phase one of Capricorn Park, where 250 homes have already been built.