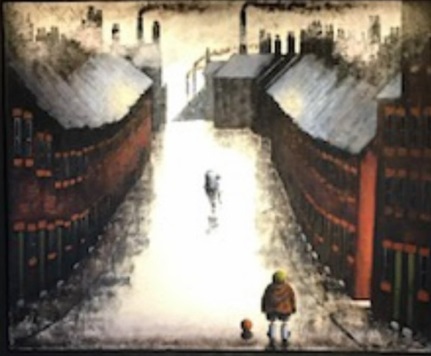 Officers have appealed for information and video footage after a “high value” painting was stolen during a burglary in Goostrey.

The painting, which measures approximately 5ft by 6ft, was taken some time between Sunday, 13th and Tuesday, 15th November, when someone broke into an address on Main Road, Goostrey.

Officers urged anyone with information that may help their investigation to come forward, and they have released a photograph of the painting. They want to hear from anyone who believes they may know where the painting could be.

PC Ruth Rhodes, of Congleton’s local policing unit, said: “Burglary is a serious offence in which victims are targeted in their own home, which is the place they should be able to feel most safe.

“We also want to hear from anyone who thinks they may have information regarding the whereabouts of the painting, which has particularly sentimental value to the victim, who is understandably devastated by this incident.”

Anyone with information or footage that may be relevant to the investigation should call Cheshire Constabulary on 101 or visit cheshire.police.uk/tua, quoting incident number IML 1413341.

Information can also be reported anonymously, via Crimestoppers, on 0800 555 111.