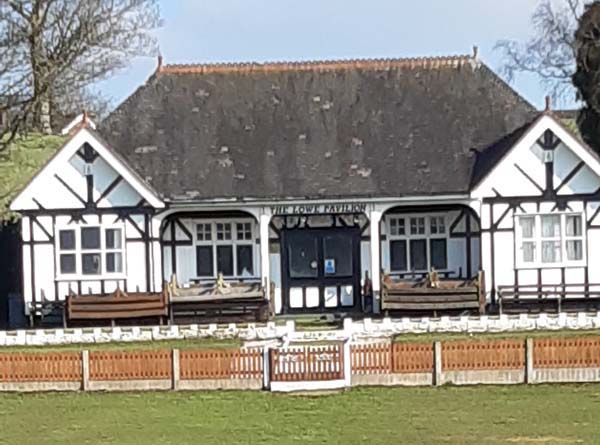 Preparations are well under way for what is hoped to be a full season of league cricket at Knypersley Cricket Club after last year’s programme was bowled out by the pandemic.

While a shortened season with no promotion and relegation last year was better than nothing, prospects for a full competition in the North Staffs and South Cheshire League are looking much brighter, with the season scheduled to commence on Saturday, 24th April, when Knypersley 1st XI are due to host Hem Heath in a Division One fixture and the 2nd XI travelling to play Whitmore (ITALICS writes Allan Smith).

In a change to the format, this season will see half of the league matches being played over 50 overs a side on a win-lose basis while the other half of the fixtures will continue as in previous seasons when it will be possible for all three results – win, lose or draw – to be the outcome. This change follows a survey of players and follows the pattern of other leagues across the country.

Knypersley’s home game against Hem Heath will be the first to take place under the new format and will be a straight win or lose affair. This format will be played over the first six games of the season and then followed by 11 games under the old format with the final five matches being win or lose games. This will mean the clubs will play each other once in both formats of the game.

In the Talbot Cup, the first team has been drawn at home to Wedgwood on Sunday, 3rd May. In another new initiative, the early group matches in the T20 competition will be played on Friday evenings and in their first game Knypersley will entertain Porthill Park on Friday, 18th June with a 6pm start.

As operated last season, all matches will be subject to the relevant covid restrictions regarding the use of changing facilities and bar and catering provisions. The season is due to conclude on 18th September with the 1st team at home to Newcastle and Hartshill.

The Sunday side will play in the Stone League and it is expected there will be the full range of fixtures and coaching sessions for the numerous junior teams run by the club.

In addition to the club games at the ground, Knypersley Cricket Club has also been chosen as the venue for the 50 over a side game between Staffordshire and local rivals Cheshire in the National Counties Cricket Association Knock-Out Trophy on Sunday, 4th July.

A lot of the matches at Knypersley are already sponsored but anyone interested in entertaining their guests in the Vice-President Suite at a game should contact the club to check availability.

Following on from the covid restrictions and the financial implications to the cricket section at Knypersley, the club recently launched a crowdfunding appeal to enable it to purchase new equipment, renovate the net facilities and service the current mowers, among other things. This has been extremely well supported by the local community and businesses with well over 100 donations being forthcoming.

The cricket club is extremely grateful for all the support it has received which has enabled it to arrange for the four lanes of nets to be fully refurbished by Binghams, who originally installed them, and to place an order for a much needed new square mower from Alletts as well as having the existing outfield and wicket mowers serviced. Negotiations are taking place regarding further necessary improvements to the club’s facilities over the coming months.

The crowdfunding appeal has also been well supported by current players and members and it has been particularly gratifying to see the support from former players including, among others, Rob Bailey, Steve Brew, Simon Bailey, Nayyar Abbas, Michael Grimley, Jim Bostock, Adam Owen and Ian Landon.

The crowdfunding appeal closes on 17th March so if anyone wishes to support the club in this way, they can either log onto Spacehive Knypersley Cricket Club, visit the club’s website, Facebook page or Twitter accounts or make a donation via any committee member.