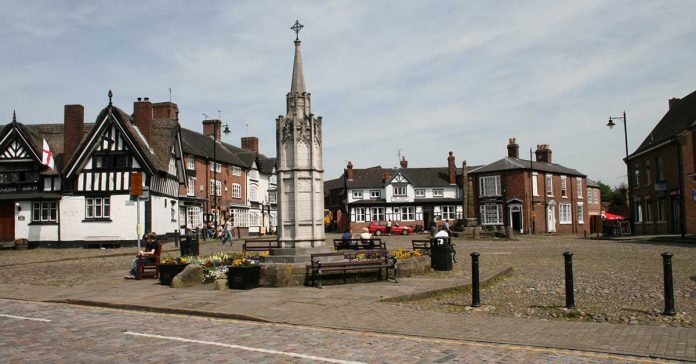 Revised plans for a commercial park near junction 17 of the M6 should be halted for a public consultation, opponents have said.

There have been many objections to W and S Sandbach’s latest application, first submitted in 2017.

That was for the development of a commercial park including office use, industrial units, storage and distribution, a sports facility and a local centre.
Called Capricorn Park Phase 2A, the site comprises approximately 25.1 hectares of greenfield land adjacent to the M6 junction.

However, following feedback from Cheshire East Council, a “revised plans” final planning statement was submitted to the authority last month, which alters the original application.

The proposed leisure use/sports facility aspect has been removed, there will be a focus on office and industrial uses rather than logistics, amendments will exclude any proposed development on land in the ownership of the Tomkinson family and there will be a landscape buffer between the proposed employment area and the land in the ownership of the Tomkinsons.

But among the many opponents of the latest application was Sandbach Heath Neighbourhood Forum, which claims the “large allocation lacks any detailed development design brief, nor did it benefit from any direct public consultation”, and that the application “has enormous implication locally as it involves fundamental change to the character of the local area”.

The neighbourhood forum believes it needs to be deferred “to reassess and improve efficiency of the proposal”.

In its objection the forum also quoted from the Government’s plans to alter planning laws, which said “our ultimate purpose will be to make it easier for neighbourhood communities to ask for what they find beautiful and to refuse what they find ugly. The change also seeks to ensure that all new streets will be lined with trees”.

The forum said this proposal “does not fit any part of that aim” and that “absent from this whole procedure was any clear explanation to the community of what was planned”.

“This has resulted in the production of this remarkably detailed outlined plan and granting from receipt of notification, only 20 days for comment. That is plain wrong and unfair.”

W and S Sandbach’s final planning statement was submitted to Cheshire East on 1st February and the deadline for comments was 23rd February.

The forum added: “This planning statement astonishingly omits any mention of the proposal’s effects on properties off Church Lane, Willow Drive and Oakwood Crescent on the site’s south-east corner, concluding with the even more extraordinary claim that ‘overall, the proposed development will not have an adverse impact on the existing landscape’.

“We are for our part, certain this assertion would struggle to achieve even a microscopic, minority of public support.

“We urge the local planning authority to agree with Highways England’s recommendation not to approve this application and defer any decision to allow for deliberation on outstanding traffic/roadway issues.”

The forum said this would also give time for a “clear-cut public consultation allowing the community to input their opinions on principle and design prior to proceeding further with the scheme.”

The forum did welcome the exclusion of a leisure/sport facility but did object to the inclusion of a local centre.

“The inclusion of a local centre in this application plus the “drive thru food outlet”, public house/restaurant, coffee café and hotel in the northern portion of the site is incompatible with the concept of an employment site,” said the forum.

“This mix of retail and leisure uses emphasises both the separation from, and competition with, the town centre and local facilities on Sandbach Heath. This mix and scale of leisure and retail use, creates a separate and stand-alone centre in direct competition to the Sandbach ‘town centre’, while simultaneously undermining our concept of an employment site.”

“This is quite unacceptable and displays an alarming disregard for the purpose and value of this wildlife corridor designation,” it said “Clearly this proposal, as Highways England in their submission dated 8th January, 2021, states, has implications for the strategic road network. This proposal is certainly not a solution and is I emphasise abhorrent to us.”

W&S Sandbach said the site lies outside Sandbach’s policy boundary as defined by the Sandbach Neighbourhood Plan. It added the neighbourhood plan indicated that outside the policy boundary, development will be restricted to that which requires a countryside location and cannot be accommodated within Sandbach.

However it pointed out that the neighbourhood plan “recognises that an exception to this policy approach will be additional land allocated to meet development needs identified through the Cheshire East Local Plan outside the policy boundary. The application site represents an exception as it has been allocated for development in the Cheshire East Local Plan”.

It said it was “significant to point out” that the neighbourhood plan does not allocate any development opportunities within Sandbach.