Have the people had enough? 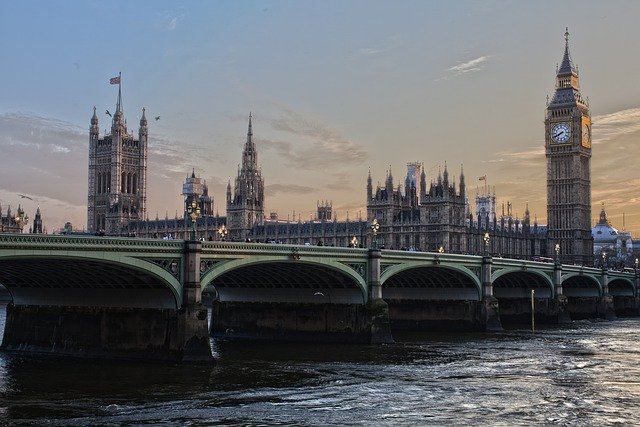 It’s always interesting to take an objective view of domestic politics and this week the New York Times daily podcast (The Daily) discussed Boris Johnson’s troubles. It promised to be interesting, and so it was.

It started off by wheeling out the usual descriptions of Mr Johnson: dishevelled shambolic, bumbling, etc, but then took an unexpected turn.

“Was he capable?” asked Mr Barbaro and the answer was firmly yes.

Not only had Mr Johnson got Brexit done, he had negotiated a “very complicated and difficult trade agreement” between the EU and the UK.

“Many people said it couldn’t be done but he did it,” said Mr Landler, and all this while dealing with the “calamity” of corona.

Mr Johnson had “defied his doubters and exceeded expectations”, Mr Landler went on, referring to the talk about a 10-year premiership (that seems a long time ago!), adding that not only was Mr Johnson a consequential figure “You might even say he was a giant.”

OK, so we can cut Mr Landler some slack: he’s reducing a complex situation into its core basics for an American audience and omitting that the EU deal was largely the same as negotiated by Theresa May and was now disavowed by all those who negotiated it, or that much of the covid success was probably due to Rishi Sunak, private industry, volunteers and the NHS.

But still: Mr Johnson has clearly impressed some people overseas more than we might think.

Obviously, all this was setting Mr Johnson up for the fall and his being ambushed by a cake: a “very weird and murky scandal” that might force the PM out of his job, said Mr Landler.

Mr Barbaro was baffled by this: the UK’s most consequential post-war prime minister being forced out of office by a garden party?

Mr Landler admitted it was almost trivial at first glance and recounted the history of the stories that have been drip-fed out, first by the Daily Mirror.

“This didn’t seem like a big a deal,” Mr Landler said, especially after the PM said it wasn’t true.

Until: the video of Allegra Stratton, which blew the whole situation out of the water. That was, as you remember, the pretend Press conference where Ms Stratton joked about a party that never happened and subsequently resigned. This incident is clearly seen as pivotal by Mr Landler, (possibly because the plan was to ape US president-style Press briefings).

The incident was discussed at some length, with recordings of the fake conference and some analysis of what Ms Stratton had said.

Some of us may not regard Mr Johnson as the greatest PM since the war but it is probably unlikely that any of us regard Ms Stratton’s role in Partygate as anything other than minor, aside from it forcing Mr Johnson to further lie.

Mr Landler explained that this was important because it showed while we were all locked down and following the rules, Downing Street was not.

The weekly exercise in unearthing parties was then covered by Mr Landler, including the suitcase full of wine, the beer fridge and Wilf Johnson’s broken swing (or swingset at they call them in the US), as well as the boozy evenings at Downing Street the day before HM The Queen herself observed the rules at her husband’s funeral.

But Mr Landler said he only clocked that Mr Johnson’s political survival was at stake when the birthday party was revealed: the PM admitting he was there, ambushed by a cake.

This started, as Mr Landler puts it, the Boris Johnson Apology Tour.
Mr Landler explained to Americans that the British were particularly annoyed as, as a society, we have been through “more intense and prolonged” lockdowns than any other western country.

This was coupled with the British willingness to just get on with things and go along with the rules.

“The idea that some elite cohort of people that run this country were not willing to live by the same rules, when they expected everyone else to, offended people on a very profound level – a double standard, a lack of accountability and hypocrisy, all of that,” said Mr Landler.

He then discussed the “sense of revelation” about Mr Johnson: people had overlooked his foibles as he enacted the will of the people and got Brexit done.

But, Mr Landler said: “The problem is that there was nothing more for Mr Johnson to do after he got Brexit done. This is not a politician who has a profound vision for the future of his country.

“He bet correctly on Brexit but when it came time to chart a future for the country, a lot of people (came) to see the emperor had no clothes.

“He is not someone with ideas or principles that can lead Britain, not only into a post-Brexit future but a post-covid future.

“As trivial as the garden party might seem, it is an insight into the limitations of Boris Johnson’s character.”

Of the Tories, Mr Landler says they have such a majority that it doesn’t matter what anyone says but Mr Johnson’s support within the party is crumbling, citing Christian Wakeford’s defection (possibly more self-interest than principles, as we would know) and “senior member of the Conservative Party” David Davies calling for Mr Johnson to resign.

While many people over here are as likely to remember Mr Davies for being called “thick as mince” by Dominic Cummings, the US audience was told that Mr Davies’s intervention left Parliament stunned.

And, despite being a potentially great PM, the country has had enough of Mr Johnson, and people don’t want him any more.

“They looked in his soul and didn’t like what they were seeing,” said Mr Landler. “What was acceptable two years ago is no longer acceptable. Mr Johnson has not changed but the people he is leading have.”