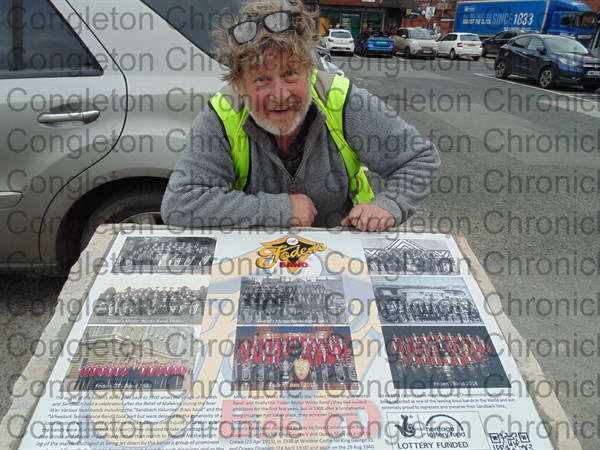 A new installation has appeared by the junction of Common Road and Congleton Road in Sandbach.

In December 2020, local brass band Foden’s successfully applied to the Heritage Lottery for the funding of various projects – including the designing of an information plinth to further the band’s community links (writes Stewart Green).

The plinth was put together by Andrew Tebbs, a freelance artist, sculptor and archivist from Nottingham who has helped the Black Dyke Band put together its archive of historic material, including one of its original band hats and old recordings.

Sandbach Town Council is in discussions about the future of the area behind the town hall, but the plinth will stay in its position when the council starts its re-purposing of the area after discussions with the band and councillors.

Mark Wilkinson, band manager and principal cornet player, thanked the council for its help with this project and positioning.

Locals have called for more structures to mark the contribution made by people to the history of the town and its past industries.