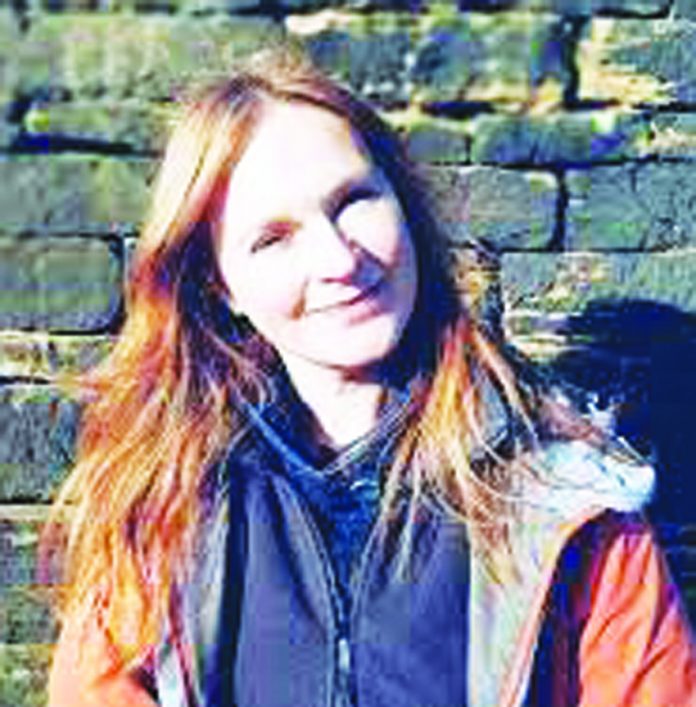 The Animal Welfare Party representative on Alsager Town Council hopes the rescue of a pigeon trapped in a supermarket for five days will highlight a need for buildings to be designed with wild bird welfare in mind.

Coun Jane Smith joined other protesters at the Morrison’s store in Newcastle-under-Lyme to highlight the plight of the pigeon, since named Morris, which became trapped within the atrium at the entrance last Saturday.

He was only freed last Wednesday when a cherry picker tall enough could reach the two-month-old bird.

Morris has since been in the care of a bird rescue volunteer and it is hoped he can soon be released back into the wild after rehydrating and gaining some weight.

Coun Smith said: “It’s a bit of mystery how he got in there. He was somehow trapped between boarding and the atrium window so was unable to get uplift when he tried to fly.

“We think he was able to get drinking water after heavy rain last week or from condensation. He was a very thirsty bird after being trapped for five or six days.

“He was trying to fly throughout the day but would get exhausted and then lay down, curl up and go to sleep at night.”

Coun Smith added: “The site manager told me he had more than 200 calls about the trapped pigeon last Tuesday.

“The RSPCA were very good and made several visits and the store manager was on board in the effort to get a safe result.”

She said that staff were not insured to go up in cherry pickers and that anything involving wild animals was the responsibility of “pest” control managers.

“This bird was in a really tricky place and for staff to get up there themselves they would have had to close the store,” she added.

Coun Smith said the Animal Welfare Party has been attempting to persuade All Party Parliamentary Committees to consider legislation for big companies to consider animal welfare in relation to their large developments.

“It’s a very sad state of affairs if as human beings we cannot construct buildings that don’t have wild bird death traps. We should be able to co-exist. It’s just not a priority for some people,” said Coun Smith.

Morris was being cared for by bird rescue volunteer Emily Mountford, of Alsagers Bank.

“He’s doing brilliant,” she said on Friday. “I’m just making sure he has some sugar and salt in his water to rehydrate him quickly and feeding him with bird seed and sweetcorn, so he’s putting weight back on.

“I’ll just give him a few more days and then give him a flying trial in an enclosed area at my place. If that goes well, we’ll do a soft release by Morrisons. Hopefully he’ll fly off – and not back into the store. I’ll have to have a word with him about that!”

She said it was highly likely that there will be other youngsters, possibly siblings nearby, who he will return to.