Author who thought she would not live to tell tale 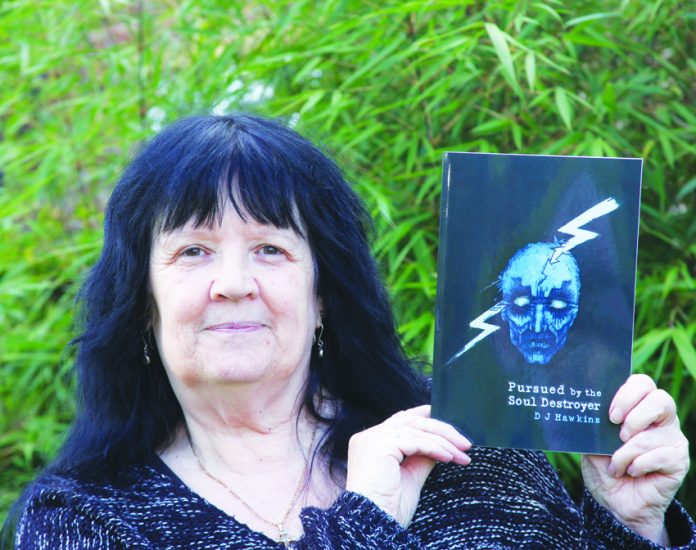 An Astbury woman is hoping her soon-to-be-published autobiography will encourage others to open up about their own traumas and use creative arts as a means of release.

Deborah Hawkins said she wanted the book, called Pursued by the Soul Destroyer, to be a message of hope to people who were in “serious circumstances”.

The trained counsellor shares her own “traumatic” experiences and said her life story “does not hold back on the depth of cruelty that one human being can bring upon another, or ignore the love and kindness bestowed upon me by strangers”.

Miss Hawkins thought she would never survive to share her story, having been a victim of rape, “confinement and lock up”, homelessness, domestic violence, witchcraft and satanism and “left for dead on more than one occasion.” She was living on the streets in her teens and said that she “sought solace in all the wrong places” and that her “eyes were opened to a world I should have never seen, exposed to areas that most would not believe existed”.

But what she described was a “miraculous life-changing event” happened when she was 18 which gave her a “wake-up call”.

The mother of six explained: “When I was homeless and on the streets in Portsmouth I went to a Methodist church and a couple looked after me, and that’s when Christianity took over.

“It was like a life-changing event because it was when I found normality and peace and my life took a dramatic change.”

Miss Hawkins, originally from Brighton, went on to help form The Focus Foundation in Cambridge where she supported marginalised people for five years. The project won two community awards.

She is also a trained psychodynamic counsellor, but is no longer able to work because of fibromyalgia, a condition that causes widespread pain and tiredness and arthritis.

Miss Hawkins, who moved to Asbury four years ago from Eastbourne, said: “I would like to give hope to many who may feel alone with their problems. I believe passionately in encouraging others to talk about their own experiences, especially through the use of the creative arts as a means of release and expression.

“I want the book to be a message of hope to people who are in serious circumstances and hope they can take a lot from what I have written.”

Pursued by the Soul Destroyer, illustrated by Dan Jones, is in three sections. Parts one and two tell her story about how she suffered violence and how it is possible to survive.

Part three gives guidance and advice about anxiety and depression as well as how people can escape from a violent partnership.

“If we can all support each other and be a bit more compassionate it would not be such a bad place to be in,” said Miss Hawkins.

She said she planned to write more books, including a children’s story.