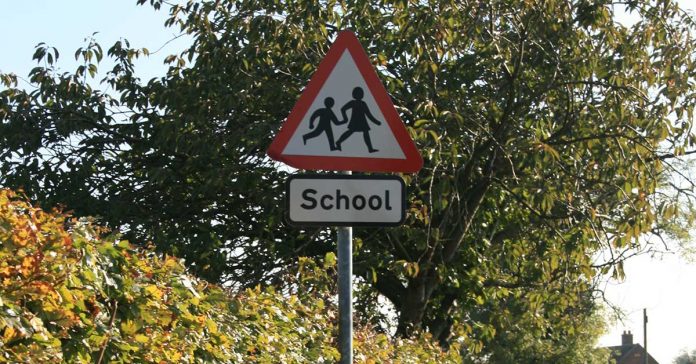 A village school is still heading towards the top of the class after being placed in special measures, according to the annual report of its controlling trust.

Astbury St Mary’s was judged as inadequate at its 2017 Ofsted inspection, but under a new head it is improving.

Last year, it had 61 pupils – with Astbury Parish Council worried about its viability – but the Chester Diocesan Academies Trust’s annual report showed this has now risen to 84 pupils, against its capacity of 133.

The trust report for 2020 said Astbury was “a small, friendly and inclusive school” with four classes, including a pre-school that was set up in January 2020 to meet the needs of parents and the local community, and which in its first year of operation “has gone from strength to strength”.

The school was making “very strong progress” towards the removal of special measures when Ofsted next visited, said the report.

“Academic standards are rising, as are pupil numbers”.

The school is part of Chester Diocesan Academies Trust, which operates eight primary academies in the Diocese of Chester. Its academies have a combined pupil capacity of 1,965 and had a roll of 1,573 in the school census of October 2020.

The trust also controls Brereton Primary School, which has 199 pupils, against a capacity of 210.

The report said Brereton was “a thriving school” that joined the Chester Diocese Academy Trust in March 2018 as a converter academy.

By the end of key stage two, pupils at the school achieved levels of attainment that were at, or just above, the national average level. “The school is very popular in the local area, and is full or oversubscribed in many year groups,” said the report.

Other schools in trust include St Matthew’s, Stockport; St Paul’s, Stalybridge; Wybunbury Delves, Nantwich, and Christ Church on the Wirral.

The latter is the trust’s biggest school, with 377 pupils in the period of the report.

Said the report: “The impact of lockdown and remote learning on pupils’ achievement will become more apparent over the coming year, and schools are all ensuring that additional catch-up funding is targeted appropriately to help those children who have fallen behind to catch up with their peers.”

Across the trust, pupil numbers have increased – “most notably at Astbury St Mary’s” said the report.

It noted: “The increase in pupil numbers at Astbury has been driven by the rising standards in the school, and also the successful opening of a pre-school class which has enabled more parents to choose the school for children with younger siblings.”

During 2019-20, the trust expanded from six to eight schools with the addition of Bredbury St Mark’s and Little Bollington. Further expansion is anticipated in 2020-21, with at least three more schools scheduled to join, and discussions are ongoing to continue with expansion at a similar rate in coming years.

The trust’s expectation is that it will reach the sort of size identified by various DfE/Ofsted reports as being the “sweet spot” for trusts – around 15 schools and 3,000+ pupils – within the next two academic years.