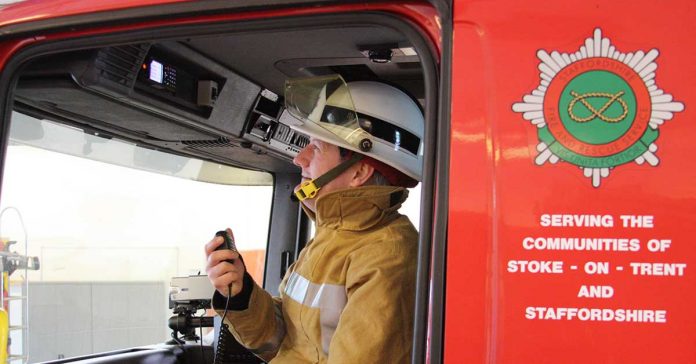 As families spend more time cooking at home at the moment, firefighters have urged budding chefs to take care in the kitchen.

February presents plenty of opportunities to showcase those culinary skills, with pancake day, Valentine’s day and Chinese new year all on the calendar this month. Staffordshire Fire and Rescue Service is rolling out a kitchen safety campaign – Look When You Cook – to make sure everyone stays safe while rustling up some tasty treats.

The message came as the service revealed how in the last five years 1,756 out of 2,898 fires in Staffordshire homes started in the kitchen. In addition, out of those incidents, 1,061 were caused by cooking.

Mark Walchester, head of the service’s central prevent and protect team, said: “Sadly, we have seen incidents where a fire started by someone cooking has caused serious damage to their home – along with resulting in people suffering injuries. Incidents can range from fat and grease in the grill catching fire to oil in a pan overheating and igniting.

“We always ask people to ‘look when you cook’ due to instances whereby residents have become distracted and in that moment a fire has started. There are also times where people have decided to start cooking a meal after drinking alcohol and the next thing they know, a firefighter is waking them up to let them know their kitchen is on fire.

“At the moment, people are spending a lot more time in their homes and perhaps some will be cooking more than they have previously done. In February, there are different occasions where families will want to make their own pancakes, couples will be having some romantic meals, and there are chances to create some dishes to mark Chinese new year.

“We don’t want these happy occasions to be marred with a fire and so we ask people to stay safe and ‘look when you cook’.”