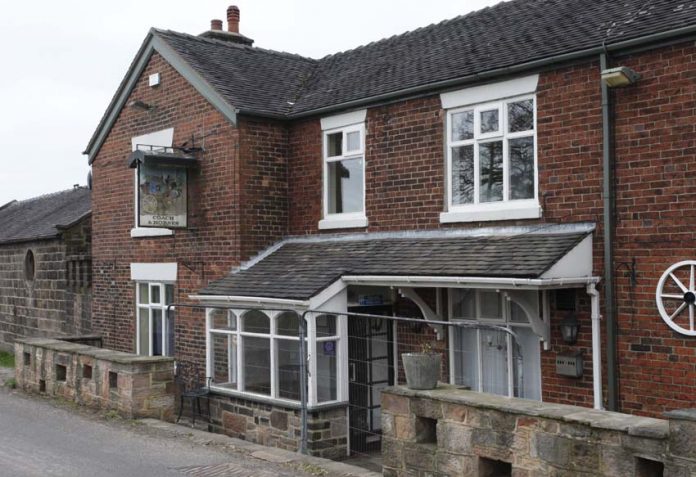 A battle to save a much-loved pub has cleared the first hurdle but a question mark hovers over what happens next.

A planning application to convert the Coach and Horses in Timbersbrook into two houses has been withdrawn after Cheshire East Council granted the premises asset of community value status.

This means the pub cannot be sold without the local community being given an opportunity to bid for it.

The popular watering hole on Under Rainow Road closed following the first lockdown and brewery Robinson’s later sold it to an unknown buyer.

Locals were furious as some had put in offers to buy considerably higher than the asking price in a bid to keep the premises in local hands.

In December, a planning application was submitted to Cheshire East Council by Dominic Bardsley, who owns a property company in Stalybridge, for the conversion of the existing property to a single dwelling and the demolition of the rear extensions.
That was withdrawn last Wednesday, a day after the authority had granted the asset of community value status.

When the Chronicle asked Mr Bardsley why the plan had been pulled, he would only say that it was the advice of his architect.

The case for the “Coach’s” campaigners was presented to Cheshire East’s Community Right to Bid Decision Group last Tuesday by Coun Rob Moreton, an Independent representative for Congleton East Ward.

He is a postal delivery worker who has been posting mail through the letterboxes of homes in the Timbersbrook area for the last 12 years and knows many of the locals.
Coun Moreton and fellow Independent Congleton Coun Suzie Akers Smith, who also supported the campaigners, issued a joint statement following the decision. They said: “They asked for our help in January and after many conversations we were able to help with a plan of action of next steps to try and stop the pub being developed into a house.

“The Coach and Horses has been a valuable asset to the community for hundreds of years but was under threat from a speculative developer; as if we haven’t got enough development in Congleton. The asset of community value means that the pub cannot be developed for five years and is to remain as a pub. The award of the status is part of a plan, another part of the plan was the planning permission needed to be refused, which would support the asset of community value application.”

The councillors added: “The story doesn’t stop there. The residents are only halfway to achieving the goal of maintaining the Coach and Horses as a pub that can be used by residents and visitors and makes a profit for the new owner. One thing is for certain, whoever eventually runs the pub will have a great deal of support from the residents. It is the heart of the community, which is why the residents fought so hard to save it.”

“We just wanted to say a huge thank you to those who submitted objections to the planning application (there were in excess of 400 objections), to those clubs and groups who wrote letters of support, those who agreed to be part of the Asset of Community Value Committee and those who made and delivered leaflets and posted notices around the area.”

They also thanked Coun Moreton for presenting their “perfectly put together case” to the council, which was written by Steve Hawley and to Jane Lancaster for her “unending support and for being our eyes, ears and spokesperson”.

They added: “This has been an amazing community team effort – we could not have done it without you all – too many to mention by name but thank you so much.

“We are not there yet by any means but we are making progress!”

Miss Lancaster said she felt “passionately” about saving the pub as her family has owned and farmed the land either side for more than 100 years and also ran it in the 1800s.

She said this week: “I’m really pleased that things are moving in the right direction. Hopefully it can be sold back to us so we can turn it back into a pub.

“The village has really come together with this and people have put a lot of work in to help save the Coach and Horses.

“So it is a little step forward. The developer probably withdrew the application knowing that it would be refused.

“It is a case now of watch this space. Maybe we can also apply for a community grant that Rishi Sunak said could be available, to help us open the pub again, if the owner is prepared to sell.”

Details in Mr Hawley’s case mentioned that at least two potential purchasers previously excluded during the pub’s sale were still interested in purchasing the Coach and running it as a pub, should the opportunity arise.

A benchmarking exercise also showed it would be £43,000 more profitable to an independent owner than a tenancy with comparable trading parameters, currently on offer by Robinson’s brewery.

Couns Moreton and Akers Smith said there will be more “major hurdles to overcome” but added: “Once the pub is back to its former glory, it will be a much needed pitstop after a lovely walk up Bosley Cloud and we look forward to having afternoon tea sitting in the sunshine with a big Cheshire Cat grin.

“It just shows what can be achieved with sheer grit and determination to protect these vulnerable assets in rural communities and all credit to the team of Timbersbrook who we offer our most sincere congratulations and whose commitment to saving this pub was, quite simply, amazing.”