Put that cat in a cage, advise traffic police 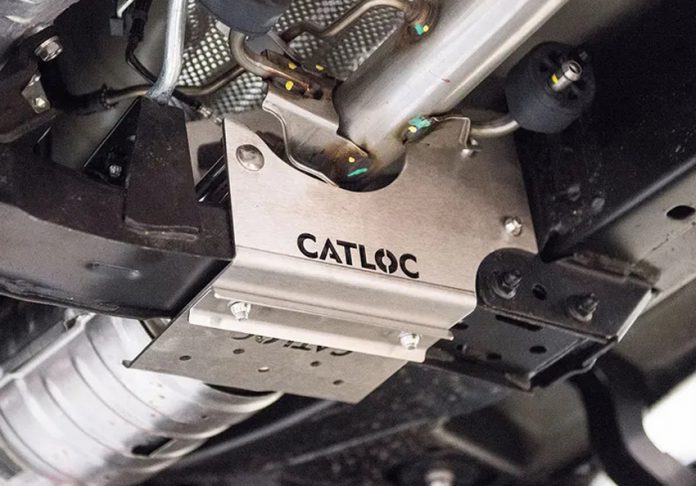 With incidents continuing to be reported across the area, the message was to stay alert and be vigilant, to avoid becoming a victim.

Thieves can remove the devices from vehicles in a matter of minutes.

Cars that are most often targeted are hybrid vehicles such as Toyotas and Hondas as these have two power sources, so the catalytic converter is used less frequently. The precious metals that make them appealing to thieves are less likely to corrode because of this.

Hybrid cars, vans and SUVs are particularly at risk, as their height makes access to the catalytic convertor easier.

To reduce the risk of having catalytic converters stolen, car owners should park their cars in a locked garage where possible, park it in a well-lit and well-populated area, ideally covered by cctv.

If parking in a public car park, consider parking alongside other cars and facing the car’s bonnet towards a wall, if possible.

As catalytic converters are at the front of vehicles, this will make it harder for thieves to get close enough to steal it.

Avoid parking vehicles half on the pavement and half on the road, as this may make it easier for thieves to access it.

For cars on driveways, consider the use of a Secured By Design (SBD)-approved driveway alarm and sensor. These can help in alerting car owners of a potential intruder entering a driveway or garden.

Secured By Design is the official police security initiative that works to improve the security of buildings and their immediate surroundings.

If a car’s catalytic converter is bolted on, owners can ask a garage to weld the bolts, to make it more difficult to remove.

Alternatively, ask a mechanic to mark the converter, ensuring any property marking is Secured by Design-approved.

Another option is a cage clamp, a device that locks in around the converter to make it more difficult to remove. Toyota is offering a Catloc for its Prius (third generation, 2009-to-2011 models) and Auris (second generation, 2012-to-2018 models). Contact a Toyota dealership for more information.

Dealerships can also advise about the possibility of installing a Thatcham-approved alarm and tilt sensor that will activate should any thief try to jack up the vehicle.

Anyone who sees someone acting suspiciously under a vehicle should report it to police. Obtain as much information as possible about the thieves, including any vehicle registrations and makes and models of vehicles in case they are using cloned registration plates.

“We need people’s help to tackle this issue so we ask that they look out for this type of activity and record descriptions – noting down anything that could be useful to us.

“Try to obtain any key information such as registration numbers of vehicles carrying offenders and makes and models in case the plates have been changed.

“We would urge anybody who witnesses an incident taking place to call 999 immediately.

“Often offenders will raise a targeted vehicle on a jack to get to the catalytic convertor.” He warned: “The tools they carry for such offences are dangerous to others so we would encourage people not to approach them and to call 999 if a crime is in progress.