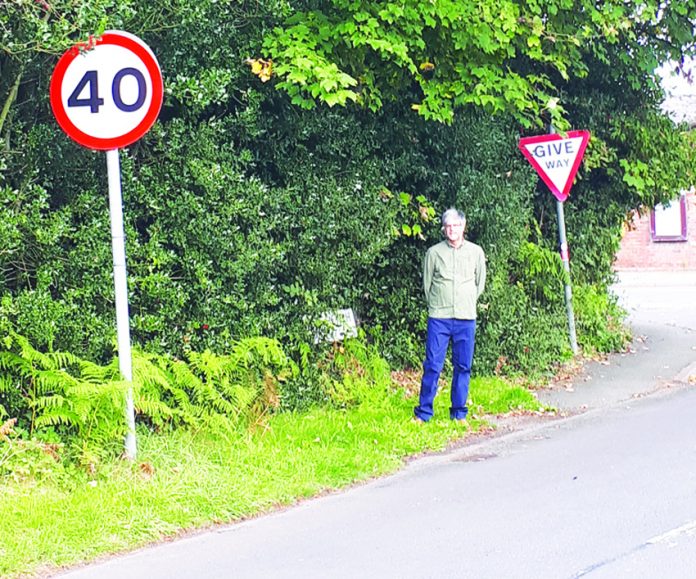 Trees must be protected from “residents who have failed to take on board the seriousness of climate change”, according to those leading a campaign against felling.

By using tree preservation orders, it is hoped that planning applications to fell healthy trees can be avoided.

The orders prohibit the cutting down, topping, lopping, uprooting and wilful damage or destruction of trees.

It is part of a wider campaign to protect the town’s wildlife in the lead up to COP26, a United Nations climate change conference due to be held in Glasgow in just over a week.

In 2019, Coun Robert Douglas led successful calls for the town council’s Planning Committee to discuss every application that affects trees, even for basic maintenance work. Previously, planning applications were only debated if they had the potential to be contentious.

Now he wants every Congleton resident to consider their responsibility when it comes to defending local wildlife by applying for their favourite trees to be protected.

At a meeting of the Planning Committee, Coun Douglas said: “Trees are great allies in the fight against the cruel effects of climate change.

“The issue that has surprised and upset me the most as a councillor has been planning applications for the felling of trees protected by preservation orders, when the applicant has claimed they were poor specimens despite being good or, in some cases, magnificent.

“One morning, I was contacted by a resident asking for help because their neighbour across the road was about to fell a row of good quality trees. I advised the resident to immediately contact Cheshire East Council’s tree officer, who deserves credit because they immediately investigated the matter.

“But sadly, they found that the trees were not protected. The resident spent the morning looking out of the window watching a row of good quality trees being felled one by one.”
In August, councillors and officers were among campaigners at the Church House Inn in Buglawton, where an 80-year-old weeping ash was due to be felled.

As a result of the protest, when one couple chained themselves to the tree, brewery Robinsons made a U-turn on plans to chop it down.

There are plans to plant 30,000 new trees in Congleton by 2024 in order to combat carbon emissions, but if they continue to be felled in the town, those plans could have little impact, according to Coun Douglas.