Blame game over use of weedkiller 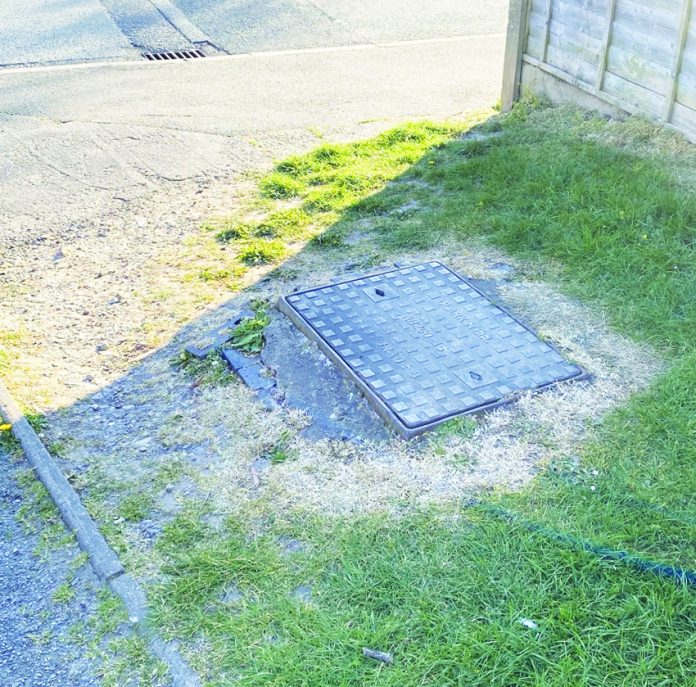 A blame game is underway after two councils denied using a controversial weedkiller near a primary school.

Cheshire East Council and Congleton Town Council have both said in emails to residents that they were not responsible for the use of a weedkiller, thought to be glyphosate, and appeared to blame each other.

Their denials came after patches of dead and yellowing grass were spotted along verges outside Mossley Primary School where parents say children regularly play.

Glyphosate, known commonly by brand names such as Roundup, has been classified by the International Agency for Research on Cancer as “probably carcinogenic”. Last year, the town council banned its use in children’s play areas.

Some residents were concerned to find what they believed to be evidence of its use near the school on Boundary Lane last week, so contacted Robert Douglas, a Lib Dem town councillor.

He told them that he had been advised by Ruth Burgess, the manager of the town council’s Streetscape maintenance teams, that the work “had not been carried out by our Streetscape team” and that Cheshire East Council should be contacted.

But when the residents asked the town’s MP Fiona Bruce who was responsible for its use, she passed on the following response from Ralph Kemp, the head of environmental services at Cheshire East Council: “In the incidents referred to by your constituent, it was Congleton Town Council Streetscape service, who act on our behalf to manage and maintain the public open spaces in their area, who applied this glyphosate.

“In this incidence, responding to a complaint by a neighbour, they took the decision that the use of glyphosate was justified in preventing vegetation growth and subsequent damage to a fence.”

The Chronicle asked Mrs Burgess why there was confusion over who carried out the work. She said that the town council had not carried out any weed spraying in play areas but did not give any information about the spraying near the primary school.

Vicky Pulman, one of the residents who originally raised the issue, said she was “troubled” by neither council accepting responsibility for the work.

She said: “I understand that glyphosate is not a banned substance, but evidence is stacking up against it with many sources calling for more in-depth reviews.

“We are not put at risk by weeds. On the contrary, they encourage pollinators and form a vital link in the food chain.

“I would like to see Congleton Town Council and Cheshire East Council take the initiative to lead in the race towards ending glyphosate use in order to safeguard the environment and our children.

“I’m troubled by the confusion and reticence of any parties to accept responsibility for the use of this controversial chemical.

“They must know who authorised this and who physically performed the treatment. Why can they not reveal this to us?”

Helen Harrison, the acting headteacher at Mossley Primary School, was unaware of who carried out the work when contacted last week.

She said: “Anything outside of the school gates is not our responsibility.

On Monday, the Chronicle asked Coun Douglas whether either of the councils had owned up to using the chemical. He insisted that the town council’s Streetscape was not responsible, arguing: “Mr Kemp made a mistake in his response. I believe that the town council has not used glyphosate since June.

“I would absolutely be very concerned if it is glyphosate being used around a school, but it doesn’t seem like Cheshire East have taken responsibility yet.

“I heard that the reason it had been sprayed against a fence in the area is because if they let the weeds grow, they could damage a fence, but why on earth would it have to be sprayed around a lamp post and a tree? It does not make sense.”