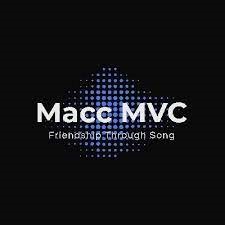 Macclesfield Male Voice Choir, like so many other organisations, has had to take more than a year’s rest from activities, due to the pandemic – but is now hoping to not only restart but recruit new members.

A spokesperson said that while the period had “clearly been difficult” in financial terms, the time off had not been wasted, as the choir members had been working hard since March 2020, to re-start “with a totally new focus”.

The choir has decided that it will need to recruit, and new male singers of all ages would be welcomed.

To this end the choir has changed its styling to Macc MVC, and launched new Facebook and Twitter accounts, at MaccMvc and @MacclesfieldM16.

It has invited anyone interested in either joining or supporting the choir, to visit maccmvc.co.uk.

Assuming the current Government road map stays on course, the choir will start rehearsals at Morton Hall, Union Road, Macclesfield on 17th May, and will work on new songs for a free “welcome back” concert on 26th June.

A fresh recruitment drive is planned with publicity via the media across east Cheshire, and anyone can go along and join in a rehearsal to see how enjoyable it is to sing in company. The choir is also planning an open singing day on Saturday, 10th July.

All information can be found on the media platforms above, and anyone interested can also call the choir on 07471 230 513.

Spokesperson Laurie Kennard said: “There is no doubt that singing in company is good for people, and after so long in various lockdowns, existing members are keen to get going again.

“It seems clear that there will be many other people really wanting to do new ‘social’ things as we move further into 2021, and the choir feels the future is now very positive again.”