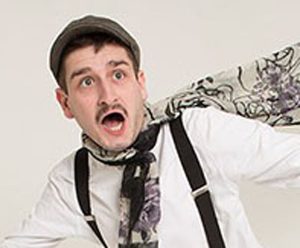 The next Comedy in the Attic at Crewe Lyceum Studio is on Friday, 9th December, and offers festive fun with a Christmas cracker of a comedy night in the company of the wits of Chris Brooker, Dan Antopolski, David Eagle and Jack Gleadow.

After a decade on the UK comedy circuit, Brooker has forged a reputation for himself as a stand-up comedian and compère.

South Wales-based Taylor has been making waves all over the UK comedy scene. A sharp observational style combined with a strong stage presence combine with a lovely slow Welsh voice to make for a naturally funny comic who’s just great to listen to.