Newly-appeared poles are on agenda after villager’s concerns 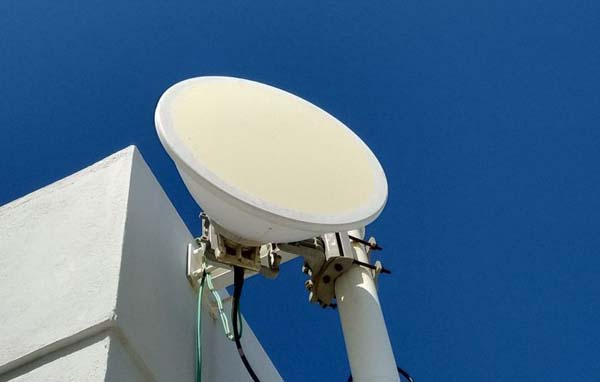 Concerns have been raised that telecommunication poles are appearing in a village before residents have the chance to object to them.

It came during a roll-out of ultrafast full-fibre broadband to more than 4,000 properties across rural and isolated areas of Cheshire, including Holmes Chapel.

Airband is the company appointed for the project by Digital Cheshire, which is represented by Cheshire East Council, Cheshire West and Chester as well as Halton and Warrington borough councils.

Holmes Chapel Parish Council has learned about plans to install telecommunication poles throughout the village as part of the rollout project.

A report prepared for a meeting of the parish council’s Strategy and Finance Committee tonight (Thursday, 1st December) mentioned how a Holmes Chapel resident had been in touch after an Airband pole was placed near their property and they didn’t know what it was for.

The report explained that the resident had objected having seen the public notice on the pole but had not received prior notification of the installation to be able to oppose it.
They were “unhappy” about the pole and were “confused and dissatisfied” that the objection process was there only after installation.

The parish clerk’s report mentioned that BT OpenReach was also upgrading broadband in the area to the ultrafast full fibre variety as part of a national roll-out of fibre, which will replace the existing public service telephone network by 2025. This is currently at the survey stage.
BT OpenReach has explained to the parish council that it was obliged to give notice to surrounding residents to allow time for objections before any pole was installed.

However the report to councillors tonight explained that the poles being used for Airband’s roll-out were classed as permitted development for which public notices will be placed on surrounding trees/poles, meaning that it “would be by chance” that residents spot them.

The recommendations to be considered by councillors are to arrange a meeting with Airband to find out more about its communication processes and approval for installation of poles and to decide whether the parish council should have a principle of writing to object “when it is clear there is going to be a telecommunications pole established regardless of the company installing it”.

If this is the case, it is suggested that the parish is given delegated authority to write on behalf of the parish council whenever such notices are reported to the office.

Another recommendation is to decide whether to recommend to the Strategic Planning Task Group, a working party set up by the parish council, that something is written into the neighbourhood plan about the poles.