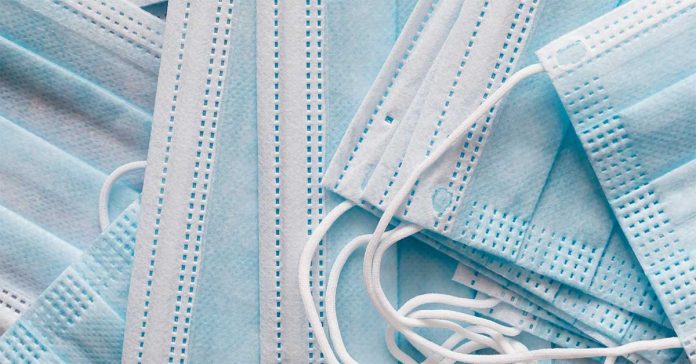 A housing developer has apologised for the “offensive behaviour” of some of its contractors working in Alsager who also breached covid-19 regulations.

As a result, Barratt Homes has removed a contractor from its construction site on Emberton Grange, on Hassall Road, while another has agreed to donate money to a charity.

It follows an incident in The Spar store, on Crewe Road, when a customer spoke to people he described as “builders” who he said were not wearing masks and told them it was a legal requirement to do so.

Harold Evans, of Oakhanger, told the Chronicle: “I was in the Spar at about 11.45am last Friday where there were also three builders, two of whom had no face masks on.

“I pointed this out to them as it is presently a legal requirement to wear one in all shops. One of the builders said he was exempt; I could not see how anyone with a medical exemption could work on a construction site, so I said so.

“Another of the builders told me to mind my own business and used abusive, threatening language and gestures saying this was not my business.”
Mr Evans added: “Two of the workers then pulled their jumpers over their mouths and continued serving themselves at the hot food counter.”

Photos Mr Evans took of the scene show one man pulling his jacket over his mouth while another, who is wearing a mask, is making an offensive gesture at Mr Evans.

He said those not wearing face masks were “endangering everyone’s lives by not adhering to the regulations”.
“On exiting the store, a shop worker approached me asking if something could be done as she was sick of workers entering the store without masks, I did reply telling her she should not serve them,” Mr Evans said.

He explained that as a result of what happened he wrote to all the “large builders in Alsager as no one else seemed to be doing anything about construction workers breaking the covid regulations”.

Mr Evans said he received a response from Barratt West Midlands, which told him that after an investigation a workman had been removed from site “as he was not willing to apologise for actions while another workman, who did apologise, would make a £100 donation to a charity chosen by The Spar manager”.

The company also told him that the Barratt West Midlands contracts manager and site manager had been to the store to apologise on behalf of the company.

In a statement issued to the Chronicle, Barratt West Midlands said: “We would like to apologise for the offensive behaviour and breach of covid-19 regulations demonstrated by some of our contractors recently.

“Since investigating the circumstances, we have removed one of the people involved from the site and reminded all our contractors of their obligations and our strict covid-19 operational policies.

“One of the individuals involved will also be donating £100 to a charity of the Spar manager’s choosing. We take this incident very seriously and are grateful that the matter was brought to our attention.”

The Spar had been asked to comment but had not responded by deadline yesterday (Wednesday).

Mr Evans said a similar incident happened in the Spar on Friday involving builders who were not working for Barratt.

He described what happened: Again, this time I said, ‘excuse me lads you have forgotten your face masks’. They replied they were exempt. I find it incredible that someone could use a defence that most could not challenge. I said they were not exempt, and again one of them became abusive saying it is none of my business.”

Mr Evans said that he has since contacted the Considerate Construction Scheme, a not-for-profit independent organisation that aims to raise standards in the construction industry.

“Only one site in Alsager is registered with them – Prospect Homes’ development at Hall Drive. Seeing the number of new builds around here this is quite sad.”

He added: “I myself have worked for long periods on construction sites in winters, this environment is definitely not suitable for anyone with a respiratory condition.”

A Cheshire Police spokesman said: “On Friday, 22nd January, police received reports of construction workers in Alsager not wearing face coverings when visiting a nearby shop, despite being repeatedly challenged by staff at the store.

“Following the reports officers engaged with the management of the construction company, who took immediate action by dismissing the contractors who were found to have breached the legislation.”