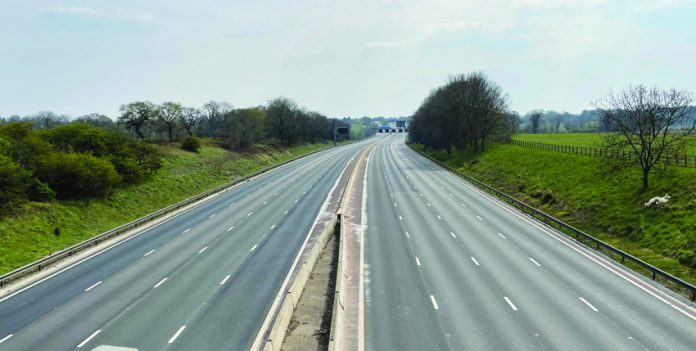 Roads across the area were gridlocked on Thursday afternoon following a fatal collision on the M6 near Knutsford.

Three HGVs were involved in the crash, which happened on the southbound carriageway between junction 20, Lymm interchange and junction 19, Knutsford, shortly before 12.40pm.

The incident caused approximately seven miles of congestion on the motorway which subsequently affected roads in Congleton, Sandbach and Holmes Chapel.

A lorry driver died at the scene and three other people were treated for minor injuries, according to Cheshire Police.

Cheshire Fire and Rescue firefighters were also at the scene, helping to cut free a person from a vehicle. The crews also unloaded the contents from the three lorries to enable them to be safely removed from the scene. They also used absorbent pads to soak up spillages.  They were detained at the scene for around seven hours.

Cheshire Police has appealed for witnesses to the crash. Anyone with any information or dashcam footage in relation to the collision should call Cheshire Police on 101 or visit cheshire.police.uk/ quoting IML 1032250.