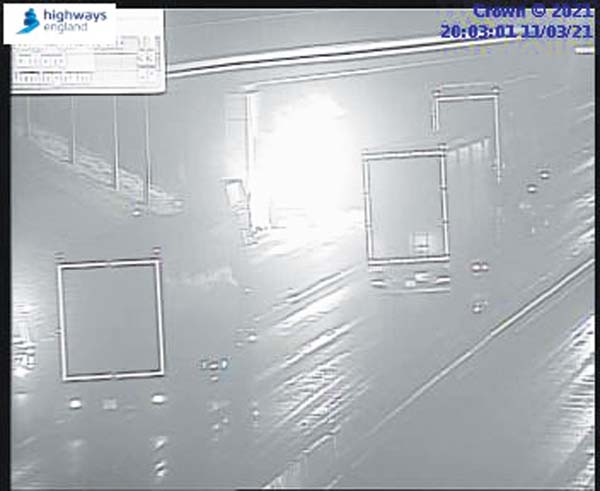 A car fire on the M6 between Sandbach and Holmes Chapel meant the carriageway had to be resurfaced.

A fire engine from Sandbach was sent to the southbound stretch between junctions 18 and 17 at around 8pm on Thursday after reports that a vehicle was on fire in lane one.

Crews wearing breathing apparatus used two hoses to extinguish the blaze. They continued to damp down the vehicle and check for hotspots to ensure it didn’t re-ignite.

Highways England said three lanes were closed due to the incident and were reopened by Friday morning having been resurfaced overnight.