Town centre plans for walking, cycling and West Street changes all go through 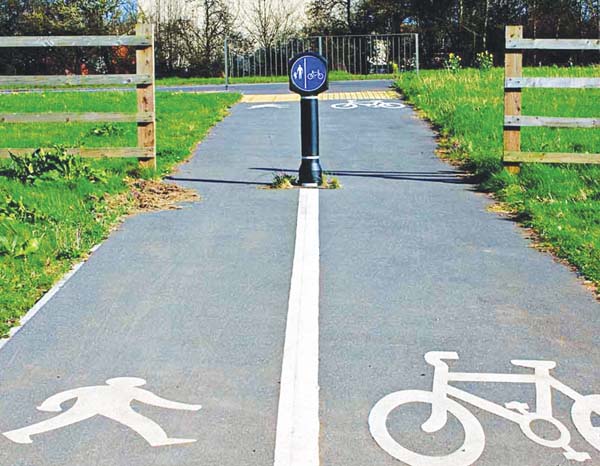 A “monumental day” for pedestrians and cyclists was celebrated following the approval of plans to improve active travel schemes in Congleton, at Cheshire East’s Cabinet meeting on Tuesday.

She said the plans were “a dream come true for a cycling and walking champion”.
Cheshire East Council leader, Labour Coun Sam Corcoran, urged all towns to prepare a cycling strategy for when funding becomes available.

He said: “We do need to find the money; hopefully the Government will provide money, but I welcome these plans.

“As a keen cyclist who cycles to work, I’d encourage all towns to prepare a town cycling strategy. It’s a great document to have available in case money becomes available.”

Plans for Congleton include a shared “informal street” scheme on West Street and a new segregated roundabout on Rood Hill.

On Antrobus Street and West Street the aim is to form one part of a wider east-west walking and cycling route connecting Congleton.

The council had previously said the scheme “complemented” Congleton Link Road by reducing traffic levels and speeds through the town centre, “making it a safer and more attractive place”.

• a reduced speed limit to 20mph on sections along West Street, Antrobus Street, Mill Street and Swan Bank, including side roads;
• Improved crossing points near to the bus stop on Mill Street and at the junction of West Street/Antrobus Street;
• Waiting restrictions extended to no waiting or loading on the West Street/Antrobus Street junction to allow an improved pedestrian crossing point.
The proposals have prompted a flood of letters to the Chronicle from opponents to the scheme, the mood summed up by Peter Jervis, of Congleton, in this week’s edition.

He writes: “All this craziness and upset appears to be caused by nothing more than a frantic effort by the council to secure Government funds designed to improve our lives.”

Congleton Conservative town councillor David Brown supported the proposals but expressed some concerns. He said: “We need to ensure that we get the funding out of the developers that they should be putting towards cycle and walkways.

“This would help us to achieve some of our climate change aims in Congleton town centre.”

She said: “There are some really exciting things here but also some disappointment as I would expect some work on improving walking routes into and out of towns.
“I think it would be valuable to see that urban centres are not segregated from their rural neighbours.”

WHAT do you think? We’ve had more letters from opponents than supporters but some people must like the plans. Email us chronicleseries@aol.com