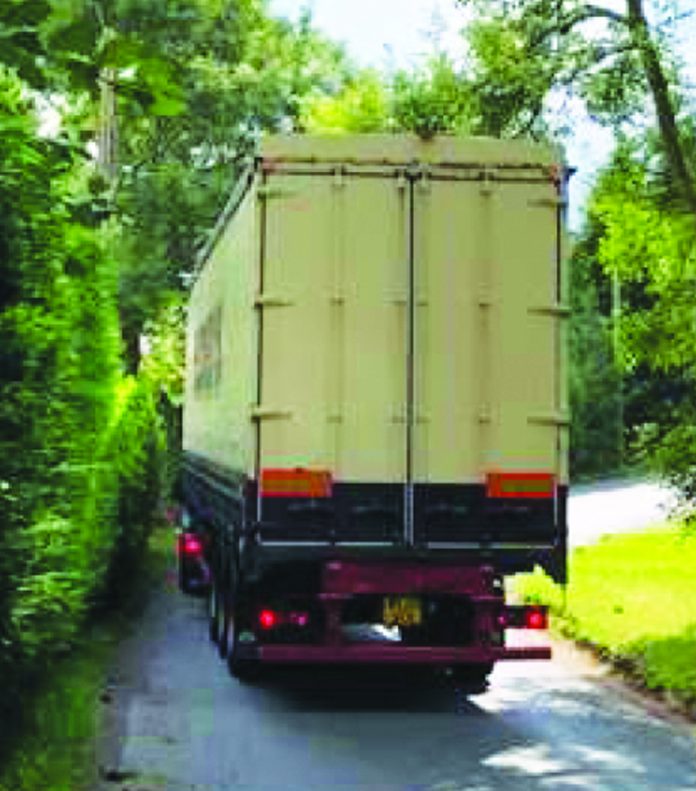 Villagers in the rural area north of the town are complaining about traffic “chaos” thanks to the new Congleton Link Road, sat nav updates and “possibly the worst road signs in Cheshire East”.

Writing in the latest North Rode Newsletter, Huw Williams said the combination of issues seemed to have caused “a noticeable increase” in traffic through the village over the last few weeks.

He said that Google maps now showed the best route between Holmes Chapel and Buxton and between Knutsford and Leek as passing through North Rode’s narrow lanes.

This had been exasperated by recent road closures for resurfacing along the A54 into Congleton and the A536 between Macclesfield and Congleton.

He wrote: “This is not great for local traffic given the various single lane pinch-points and should be a big safety concern – only two weeks ago the air ambulance landed to attend a traffic accident close to Daintry Hall, and the week before an HGV brought down a large branch, partly obstructing Church Lane.”

He said that Google maps did not differentiate for cars and trucks and villagers were seeing more HGVs passing through, in contravention to the 7.5t weight limit in place.

He added: “This is not helped by the fact that almost all entry points to the lanes of North Rode are guarded by faded, illegible and missing HGV restriction signs.”

The police have said that without adequate 7.5t restriction signs in place, they were unable to effectively enforce the restrictions, and that unless enough people reported infringements to them within 72 hours their road traffic unit was unable to put pressure on Cheshire East to act.

Mr Williams added that despite “repeated appeals” by North Rode Parish Council to Cheshire East highways to replace the signs over the past three years, and more recently appealing to MP David Rutley, nothing had been done.

He added that the many walkers, cyclists and horse riders who used the narrow lanes were “clearly vulnerable” to HGVs in their midst.

He has now urged villagers to report HGVs to the police: anyone not driving and seeing an HGV vehicle they believe is bigger than 7.5t (articulated trucks and six-eight wheel lorries usually are) and obviously not involved with deliveries to local farms or the UPS depot, should take a photo or video of the vehicle, if safe to do so, and report it online to Cheshire Police at cheshire.police.uk via the “report a road traffic incident” link.

He also asked people to report faded and missing signs, with photographs, to Cheshire East highways online at cheshireeasthighways.org via “report it general”.

“The more people that actively do something, then the more likely that Cheshire East will act, and hopefully help prevent a serious accident from occurring,” he wrote.