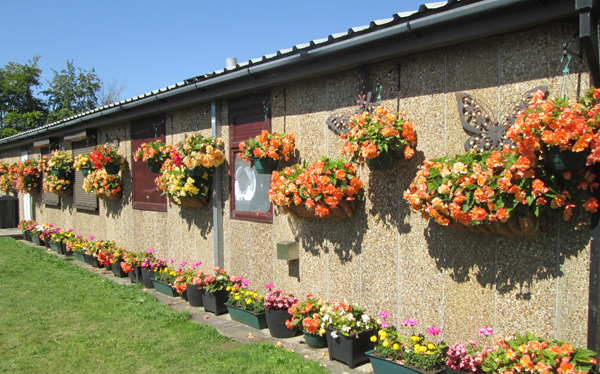 The RHS North West in Bloom judges have assessed Bromley Farm in Bloom as outstanding.

The group’s Glen Williams said: “This is a significant achievement and fantastic recognition of all the efforts undertaken by our volunteers, not only this year, but all the years we have been involved, which is 10 years.

“It is brilliant that we have scooped this in our 10th year of Bloom.

“It recognises, by highly respected professionals, the level of horticultural excellence, community involvement and environmental credentials we display.

“We are particularly pleased we have got a level five (outstanding) in the year that young people Faith Wrench and Megan Clews helped to show the judges aspects of our entry on the day of judging itself at the end of July.”

He said it was “really positive” news for the neighbourhood, the trust and the volunteers, and thanked all the 30-plus volunteers who had made Bloom a success and the many residents who provided positive feedback during 2022, especially about the tree planting and orchard at Windsor Place, the wildflower meadow on Hillary Avenue, the planters on Dale Crescent and Barton Road, the displays at Bromley Farm Community Centre and the bee-friendly boat at Bromley Farm Recreational Park.

Mr Williams added: “It has taken a lot of effort to get to this outstanding standard.

“All of our colourful planting is sustainable and looked after by local Bromley Farm residents. It is a wonderful team effort and our displays bring months of pleasure to thousands of residents as we have displays across the whole neighbourhood.”

He said that all the features that formed part of Bromley Farm in Bloom would be “refreshed” during 2023, including any that had not received the desired tlc over the last three years due to the continued impact of covid-19, such as those on Woolston Avenue and Dale Crescent.