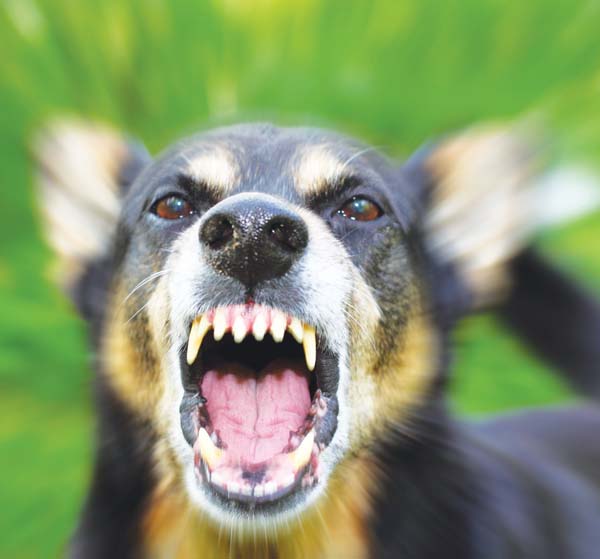 Dog owners have been reminded to keep their pets on leads when walking close to livestock to help keep all animals safe.

The message from Staffordshire Police came following incidents in the county where animals such as sheep have been seriously injured – and even killed – after being attacked by loose dogs.

Owners of dogs responsible for harming livestock could be hit with hefty bills from farmers and the courts.

Ch Insp Mark Thorley, commander of the Moorlands neighbourhood policing team, is one of the force’s leads for rural and wildlife crime. He said: “As the nights are staying lighter for longer and a lot more people are going out walking their dogs, we are reminding them of their responsibilities when near livestock.

“While there are rights of way leading through agricultural land, it is the responsibility of the dog owner to make sure their pet is under control. We would also recommend owners think carefully before walking through land where there is livestock as there have been incidents of cattle running towards people.

“We have many picturesque areas to enjoy in the county and we are keen for people to appreciate them in a safe and responsible way. When there are instances of livestock being attacked by a dog, the matter is reported to the police who will take the necessary action. There are also the financial consequences to the farmer who relies on these animals for their livelihood.”

PCSO Lucinda Hadfield, of East Staffordshire’s neighbourhood policing team, said: “I have seen a few incidents where sheep have been attacked by dogs. One of the worse incidents I saw was earlier this year where four sheep were killed and seven had to be put to sleep. The injuries were absolutely horrific.”

It is an offence for a dog to not be under control around livestock and the penalty can be up to £1,000. In court, owners could also be ordered to pay thousands in costs to reflect the financial loss suffered by the farmer.

Nationally, it is estimated that around 15,000 sheep are killed by dogs every year.

Jeff Sim, senior conservation manager for Staffordshire Wildlife Trust, said: “Cattle and sheep are easily scared by dogs. When walking through the countryside with grazing animals, dogs should always be kept on a short lead and under strict control. Ground nesting birds are masters of disguise and can easily abandon their young when scared.”

Jeremy Lowe, the NFU’s Staffordshire county adviser, said: “Hundreds of sheep and cattle die because of injuries caused by dogs every year and these incidents cause distress for farmers and their livestock.

“People find it hard to believe that their pet can be a danger to livestock but whatever their temperament, dogs have a chase instinct that can be triggered by the sight or movement of farm animals.

“The great animal-loving public would be horrified to see what damage an uncontrolled dog can do.

“Other indirect injuries can occur because of animals stumbling and suffering from broken limbs or lacerations as they try to escape through fencing, hedges or wire to get away from the animal that is chasing them; dogs can also cause serious distress to pregnant livestock, causing them to abort.

“Farmers care for their animals, practise good husbandry and sheep attacks have major consequences for animal welfare and farm businesses in terms of both a financial and emotional cost.”