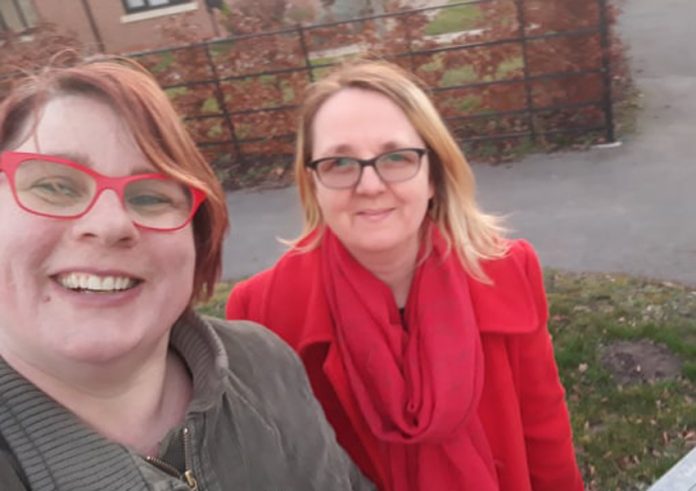 An alleged “serious safeguarding issue”, which led to two Labour representatives quitting Alsager Town Council was unfounded, the Chronicle has been told.

In their letter of resignation (printed in full in this edition: letters p28) Jo Dale and her Labour colleague Julia Hawkins, who were both members for East Ward, said that “due to a serious safeguarding issue we can no longer morally remain as councillors on Alsager Town Council”.

In their resignation letter, the former town councillors said it was reported to relevant organisations and was “partially investigated with no further action taken” adding that “we did the right thing by reporting this issue, we are in absolutely no doubt about that and we would do the same again” and that “whistle blowers for safeguarding issues should always be protected and not demonised”.

But the subsequent investigation involving Cheshire East Council’s children’s safeguarding and quality assurance unit concluded that the allegation was “unfounded/false, the report saying “there is enough evidence to disprove the allegation”.

The duo’s letter of resignation went on to say that “given our personal knowledge of the situation, and Julia’s professional training and advice sought as a teacher, we cannot continue to be part of the council with the current structure as voted for at the AGM last week.”

During that meeting Labour Coun Michael Unett was elected chair of the town council for the coming year after which he had posted that he was “proud and honoured to have been elected” and thanked his fellow councillors for “placing their trust in me in what I believe will be a crucial year for the council and our town”.

The councillors’ letter of resignation also referred to “serious bullying concerns” that had previously been raised, saying: “All Alsager town councillors have signed an anti-bullying charter but actions speak louder than a pledge on a piece of paper.”

It adds: “In our two years of being councillors, due to some councillors’ poor behaviour (being obstructive, misogynistic, bullying and playing petty party politics), we have consequently struggled to achieve the little that we have.

“Instead of working together for our town, many of Alsager’s town councillors are focused on petty bureaucracy and party political control.

“Alsager Town Council is antiquated and not fit for purpose, due to this ongoing behaviour by many councillors.”

The former Labour councillors did however thank Conservative representatives Couns Julian Goodrich, Jane Hearne and Sue Helliwell as well as Labour Coun Alison Nayling “for their hard work and support during what has been an incredibly difficult time”.

The council asked Coun Unett to comment on the resignations but he had not responded by deadline yesterday (Wednesday).

Lib Dem Coun Rod Fletcher, the previous town council chair, declined to comment when the Chronicle contacted him this week.

Coun Helliwell said she had called out bad behaviour previously and that “it does appear things have not changed”.

“Party politics should be left at the door when you walk into a council meeting and all councillors from all political parties should be working for all residents,” she said.

“But from what I’ve witnessed and what I’ve received over the years, some male members of Alsager Town Council should hang their heads in shame.”

• As a result of the resignation, there are now two vacancies on the town council East Ward. An election will have to be held if 10 electors ask for one, otherwise the seats can be co-opted. Contact the clerk Nicola Clarke on 01782 876 440 or go to alsagertowncouncil.gov.uk/contact/