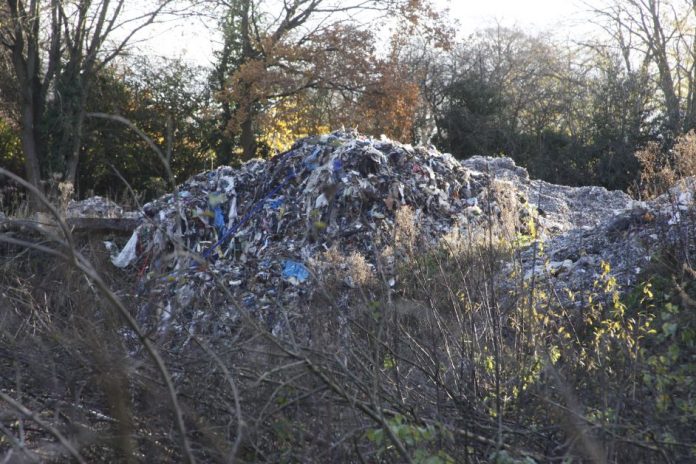 A Biddulph councillor has warned that fly-tippers may be “hiding in plain sight”, as online shopping soars during lockdown and more vans take to the roads.

Independent Coun Andrew Hart argued that offenders who illegally dump rubbish could benefit from the added delivery traffic because they would blend in more easily than they might under normal circumstances.

Last month, the North Ward councillor was surprised to find that “black sacks of rubbish” had been left at the entrance to a field he owns off Woodhouse Lane

He said that the mess was cleared up within 24 hours by the district council as the land at the entrance to the field was classified as public highway, but other areas in Biddulph have remained contaminated by fly-tipping for several years as they are privately owned.

“When tipping is on the highway, the district council is responsible, but when it’s on private land, the landowner is responsible and they have to pay the removal and disposal costs,” he said.

“I had rubbish tipped at the entrance to a field I own a few weeks ago, but luckily I didn’t even have time to report it before someone else had called it in. It was taken away as part of the district council’s clean-up.

“There was an incident on Halls Road where someone had a mattress left at their gate. It sounded as if a new mattress had been delivered somewhere, so the old mattress was just dumped by whoever was taking it away. That was also reported and quickly removed by the district council.

“Once it has been reported, the council is out there dealing with it. Every incident on Mow Lane, for example, has been dealt with exceptionally quickly.”

Coun Hart estimated that fly-tipping was on the up in the Moorlands and said that there may be a link to the lockdowns over the past year.

“There are a lot more deliveries going to people’s houses so there are more vans about,” he said. “That means that vans don’t attract as much attention – people automatically think that a van is delivering something, when it might actually be tipping something off at somebody’s gate.

“They could be hiding in plain sight; one extra van dropping stuff off somewhere is not as conspicuous as it might have been.”

The Chronicle reported last week that the district council was warning offenders that the dumping of rubbish would not be tolerated in the Moorlands. Following the story, several residents wrote in to say that “waste still lies unmoved and untreated for five plus years” at a former dye works site off Congleton Road.

In 2016, the site’s owner was left with a hefty bill after fly-tippers dumped more than 600 tonnes of rubbish in the field.

One resident said this week: “Four years later, the waste is still there, contaminating the area and a nearby water course. The council, as far as I am aware, has taken no action to enforce the removal of this waste. If they have, it has been completely ineffective.

“The landowners have taken no effort to remove the waste or contain it in any way in order to prevent contamination of the area. They have merely secured the site to prevent any further tipping of waste.”

The site falls into Coun Hart’s ward, who said: “It has been in that sort of a state for a considerable time. The rubbish is still there but the landowner is responsible for moving it and has not, as yet, moved it.

“It seems to be plastic and paper that has been tipped. It looks like it has come out of the back of a big truck, dumping it on the site. How people didn’t see it happening in the middle of the night, I really don’t know.
“We have to keep it monitored to make sure that it doesn’t go into the Biddulph brook.”

The district council told the Chronicle that it was aware of the situation at the site off Congleton Road. A spokesperson for the authority said: “When fly-tipping occurs on private land, it is the landowner’s responsibility to clear it up.

“The council can and does use enforcement powers to ensure the removal of fly-tipped waste on private land, but we are also aware that the landowners are often the victims of crime. As a result we use discretion in applying these powers, focusing on situations where the waste is having a significant wider impact.