Tory Party’s lurch to the right 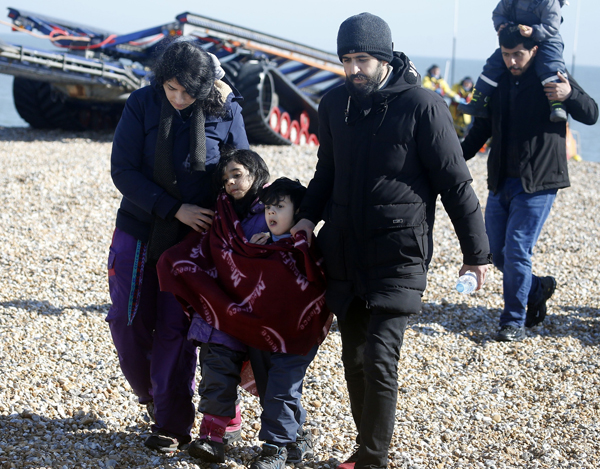 There’s been a lot of talk about how far to the right the modern Tory party has lurched, and economically it has.

This is not the same as saying Tories as a whole have lurched to the right; most haven’t. (My benchmark for the average, rational Tory, Biddulph’s Ian Lawson, who I always thought must have been baffled by what he saw, sadly died recently).

This lurch to the right is, it seems to me, the influence of the so-called European Research Group (ERG). You may know them as the group of MPs who supported Brexit, but in reality, they want a small government (ie much fewer public services), low tax, zero regulation for industry and trickledown economics, as well as giving rich people unfettered rights. The EU had to go because it would (quite sensibly) stop them going down this route, for reasons that became obvious last week.

Members of the ERG by and large should have stayed on the backbenches as “characters” who occasionally appeared in the news, with odd views but no danger to anyone but themselves – but are, alas, now in power. People such as Steve Baker, Suella (real name Sue Ellen) Braverman, James Cleverly, Theresa Coffey, Jonathan Gullis, Mark Francois, Kit Malthouse and Jacob Rees Mogg – a grown adult who still has a nanny. There are notable exceptions, such as Sajid Javid and Michael Gove.

They are all right-wing libertarians, who believe the state is the enemy of liberty and believe in the reversal of the welfare state, (which includes the NHS), and laissez-faire economics, in which businesses are left alone with no state intervention, except for some minimal requirements to keep us from actual harm.

Most famously the ERG believes in trickle-down economics – the claim that if the rich get richer, we will all get better off. Ronald Reagan’s economics adviser said a previous generation had summed up this policy as the horse-and-sparrow theory: “If you feed the horse enough oats, some will pass through to the road for the sparrows.”

In the US, Donald Trump imposed heavy tariffs on steel imports, and workers thought the wealth would trickle down. Instead, despite making money and promising pay rises, US Steel asked employees to pay it $145 a month towards healthcare. After getting its taxes lowered, bike maker Harley-Davidson announced a dividend hike to shareholders, bought back hundreds of millions of dollars’ worth of shares – and closed down a plant with the loss of 800 jobs. So much for wealth trickling down.

The policies fail because they are based not on evidence but belief. Kwasi Kwarteng’s failure to have an Office for Budget Responsibility assessment illustrates that ideology alone was behind the mini-budget.

So economically the Tories in government are far more right wing than most other Tories (and the vast majority of the population) but I also wondered how far right they’d gone on other measures, taking as a benchmark the fascist BNP, to see whether it’s once-extreme policies had drifted into mainstream politics.

I hoped to find a BNP manifesto from 2012 but happily it appears to have been expunged. Instead I found a degree thesis that did all the legwork.

The thesis started off in 2001 when the BNP was run by John Tyndall and its policy was basically “send the buggers back”. Back then the BNP wanted a homogeneous white Britain for white natives, not something even the most radical Tories favour.

There were however calls for “the British people” to protect their homeland and identity from immigration and multiculturalism, both calls some Tories make today. And of course the BNP claimed foreign workers were taking jobs from the British.

The BNP also favoured withdrawal from the EU – a move, to be fair, supported by people from across the political spectrum – but interestingly claimed the EU cost us £1.8m an hour – almost the same as Boris Johnson’s fictitious £350m per week, which the UK Statistics Authority said was “a clear misuse of official statistics”. Like Mr Johnson, the BNP was very good at presenting made-up figures as facts.

The BNP also said Britain should not be obliged to subsidise the “incompetence and corruption” of Third World states – and withdrawal of overseas aid is now a favourite of modern right wing Tories, despite its increasing being a one-time Tory policy.

By 2005, the BNP introduced something we are very familiar with from modern right wingers – culture wars. Yay! The BNP claimed a ruling regime had abandoned the concept of “Britain” in pursuit of globalisation, whereas today the unhinged Ms Braverman blames “Guardian-reading, tofu-eating wokerati” (as well as the Labour Party and the Lib Dems) for our woes.
The BNP portrayed immigration as inherently bad and while Liz Truss wants more migrants, Ms Braverman’s dream is of planes deporting refugees to Rwanda, not far off the BNP’s “all illegal immigrants must be deported as soon as they are discovered”. In fact, she’s not even sending the buggers back – they’re being sent to Africa, wherever they came from.
Unlike the Tories, however, the BNP was against new development into greenbelt areas, “except in clear cases of genuine local need”.

In 2010, we (the North West) elected Nick Griffin as an MEP and the BNP became slightly more nuanced under his leadership – but culture wars were still a big thing. The main enemy was the government and political parties, and while foreigners were still opposed, there was a greater focus on Islam.

The BNP said continued involvement in the EU would be presented as catastrophic due to Turkey’s desire for membership, another one of Mr Johnson’s lies.

As this column noted the other week, Liz Truss said of us Brits: “Once they enter the workplace … are among the worst idlers in the world… more interested in football and popular music”; the BNP denounced celebrity culture, adversely affecting schoolchildren.

In fact, it’s a little sobering reading BNP policy and seeing how much of it has drifted into Government thinking, not least Suella Braverman and her nonsense about an “invasion,” wording straight from the BNP playbook.  Maybe it is time to send the buggers back … the the backbenches.