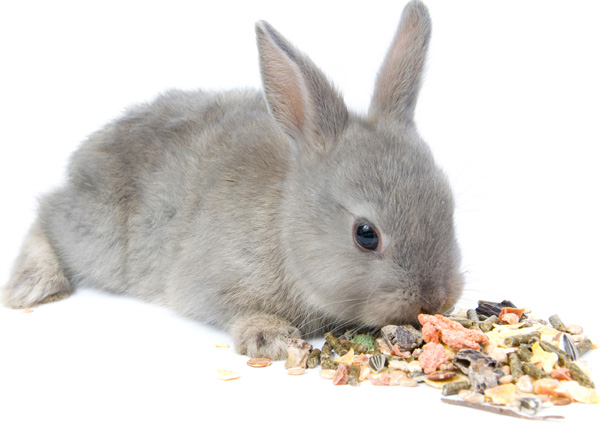 I was on holiday last week but spent some of the time thinking about rabbits – not the keeping of small furries to stroke but the eating of.

This follows a story from Another Week, our tales of the war years, which 80 years ago reported that a domestic poultry club had been formed in Congleton. Lady Marcia Miles, national rabbit organiser (presumably of owners, not actual rabbits) told Congleton and District Rabbit Club that 1,000 such clubs were registered and were expected to produce 2,000 tons of unrationed meat, which would provide 18m (that’s million) people with substantial meals.

In the North Wales, Cheshire and Shropshire area, 50 rabbit clubs had been formed during the previous three months, she said. Tinned rabbit, she warned, would cost 40 (ration) points in the near future but people could keep rabbits of their own, which could be fed on greenstuff and certain kitchen scraps, and provide them with meat “at no cost at all”.
There was an exhibition of live rabbits and an exhibition of pelts – clearly, to coin a phrase, they used all but the squeak.

I visited Cuba some years ago and travelled round staying with families, licensed by the Government and a good way of seeing the country. If you can get a Cuban guide alone in the country you can learn a lot about the politics, too (not all bad, either).

In 1991, when Cuba’s economy tanked following the collapse of the USSR, people started keeping animals at home, including, in small apartments with no back yard for hens or goats, raising pigs in the bath.

Obviously, back in WW2 we were quite happy to eat Thumper; not so much now.

The thoughts might have ended as my flight landed (on time) in Crete had I not picked up a book of traditional Cretan recipes, which contained several recipes for rabbit, some sounding quite tasty. Not such serendipity as serenhoppity.

The internet reports that rabbits have been bred for food since antiquity, especially on the Iberian Peninsula, home to the European rabbit.

Emily Ashton, of the American Rabbit Breeders of America, said 50m rabbits were sold today as food in the US, most raised by small family farmers, who process the meat themselves and sell it on farms.

“Domestic rabbits are one of the few pets which can be enjoyed dead or alive,” reported Life magazine in WWII.

Rich in highly-quality proteins, omega-3 fatty acids, vitamin B12, and minerals such as calcium and potassium, rabbit meat is also lean and low in cholesterol.

A story from 2019 on newfoodmagazine.com reports that many other people find rabbit meat acceptable: the global rabbit meat market revenue amounted to $6.4bn in 2017, picking up by 12% against the previous year.

The amount of rabbit or hare meat consumed worldwide totalled 1.5m tonnes in 2017, hopping up by 2.9% from the previous year.

Further research showed that in Appalachia (south-eastern US) rabbit is popular. It is also often on the menu in rural France, sometimes alternating with wild boar; rabbit is apparently less popular than pork or chicken but almost comparable with lamb. Rabbit meat is sold in supermarkets there. (I’ve seen tinned reindeer in Finland).

Rabbit used to be very popular in England – presumably, a hangover over from the war, and I remember eating it as a child. I’m sure some readers still eat it today.

I wondered if it was Watership Down that killed the market but myxomatosis probably didn’t help, although beef survived mad cow and most people who ate rabbit would probably never see one with myxy.

Another reason could be perception. In Holland, a pet is a huisdier, literally a house animal (and in German haustier), in France an animal de compagnie, in Spain a mascota (the same as a mascot or talisman) but in England pets are pets – literally animals one strokes or pats affectionately. We don’t eat pets as readily as other nations.

Clearly, we felt differently in the war and today, with Brexit causing the recession its supporters predicted, conflict in Europe and rising prices, perhaps people should again be looking at growing or raising their own food.

We may need to: The Economist reported that our economy is lagging behind much of the rest of the world, despite the Government’s claims (or lies as we can probably best call them). In 2022 our GDP will be 25% lower than America’s – as far was wages go, the UK is to the US as we are to Poland – with exports down 16% because of Brexit (global trade grew by 6%); our productivity is lower than most developed nations and the Office for Budget Responsibility says productivity will be 4% lower than if we had stayed in the EU.