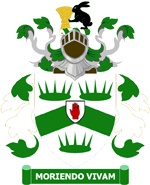 One can only hope that the people who came up with Beartown Way as the suggested name for Congleton’s new link road hadn’t booked three days for their brainstorming session.

“Well, Congleton‘s nickname is Beartown, is there any way we can combine that with the name of the new link road?”

Being kind, Beartown Way is just a little uninspired, the area’s rich heritage ignored for the most obvious idea, one taking up least effort.

The road has been years – decades – in the making and is a major project. It deserves more.

It’s true that Congleton’s nickname is Beartown and it’s on everything from takeaway food shops to beer. The bear brand has been a marketing umbrella for many events, and the inspiration for the bears that are soon to reappear along on the high street.

But we all might also agree that just as commemorating our colonial past – slavery, oppression, monoculture imposed on once-varied islands – is now less than desirable, the same may be true of the casual cruelty to animals that was once acceptable. Particularly with the only elected member of the Animal Welfare Party being down the road in Alsager.

The bears of Beartown myth might be cute and cuddly but the bears we baited were not, the clue being in the name: the bears were baited – tormented – with dogs, or other animals.

The bears were the expensive end of the animal cruelty entertainment market, too, and in the downtime between bear fights we had cock fights (and probably dog fights and anything else we could encourage to savage its fellow species members), and we don’t celebrate any of that.

Macclesfield has a similar folksy nickname – Treacle Town. This refers to an incident when a wagon overturned and spilled a load of treacle onto the street, and the poorer Maxonians ran out and licked up the treacle (or something). When Macclesfield named its new road it harked back to its prouder industrial heritage, rather than recalling the day its one-time residents scavenged for a sugar rush, so we now have the Silk Road.

Congleton made silk, too, but you can’t have two Silk Roads. We also made fustian but Fustian Road is probably a non-starter: no-one knows what fustian is (thick felt) now, and it’s not really a dignified name for a new road; perhaps apt though, as fustian workers walked miles every day.

Well-known factories from the town’s heyday are also possibilities – poor old Robert H Lowe is now probably forgotten but Berisford’s is not. Berisford Way? The Ribbon Road is perhaps a little twee. Airbags and Siemens are both big employers but naming a road after either would make it sound like a spur road on an industrial estate and not a mighty highway.

Of shops, the longest surviving retail outlet in the town centre is, ahem, the Chronicle but I’d not to be so immodest as to suggest it. (The last members of the Head family to run the Chron were Lionel and Basil, so we could have The Heads Highway, with the Lionel A-Head one carriageway and Basil Heading Back the other. Just a thought). Burns garage is another long-stander – Bobbie Burns was the first Congleton man killed in active service in WWII.

Rather surprisingly, even to me, my own favourite suggestion was the Shakerleys. These were the local landed gentry, and the family gave much to the town, not least 2.5 acres next to council-owned land so we could have a town park. The lease was for 999 years at a cost of five bob a year. The park was 100 years old last year – a celebration the pandemic put an end to – and I seem to remember a later Shakerley gave more land where the pavilion entrance now is to give better access.

The Shakerleys are now forgotten, no streets or anything, and even the Shakerley Arms has gone. You could do worse than Shakerley Road.

Another good person to commemorate would be Sir Bernard Lovell, creator of the Jodrell Bank Telescope, at the least by way of atonement.

At one point he was too afraid to come into Congleton, so much hostility did he generate from townsfolk when they realised his bloody great telescope would halt their bathroom extensions; the radio telescope is still a hurdle for developers today.
While he’s not from Congleton, this idea has one benefit: people love seeing how big the universe is, so we could have the Sun at one end, on a roundabout, and stage the planets along the road’s length. With a bit of luck, Uranus would be at the bottom, of a hill. This could even be linked to Ursa Major, the constellation – Ursa pertaining to bears of course.

Another notable from the town’s history is regicide John Bradshaw. But he’s already got Bradshaw Court and Bradshaw House, and with the queen ageing and Prince Charles likely to be king before too long, it might be embarrassing, should he visit again, to explain why we named our new road after a man who lopped the head off one of his predecessors.

Talking of Royalty, though: we have Mountbatten Way, named after Lord Louis, murdered by the IRA. He was an uncle to Prince Philip, himself clearly unwell: Phil’s family name could lend itself to Battenburg Way, pairing the link road with the town centre road. I’m not so keen, but it’s an idea.

More recent notable townsfolk include Margaret Williamson – Williamson Way has a ring to it – but Margaret always fancied a fleet of town bicycles, shopping baskets on the front, flags on the back for visibility, to get people into the town. She probably would not appreciate a road that avoided the town centre and will just generate more traffic. David Daniel also did a lot for the town. Our very own D-Road.

Historically, we have Little Moreton Hall, allegedly the finest half-timbered building in the country, say some. The new road kind-of links Little Moreton with Gawsworth Hall, also a Tudor building – how about the Tudor Highway? And a former resident at Gawsworth was Mary Fitton, perhaps the Dark Lady of Shakespeare’s sonnets – Dark Lady Way sounds mysterious, and her sonnet’s “So shall thou feed on Death, that feeds on men / And Death once dead, there’s no more dying then” is an upbeat theme for any occasion.