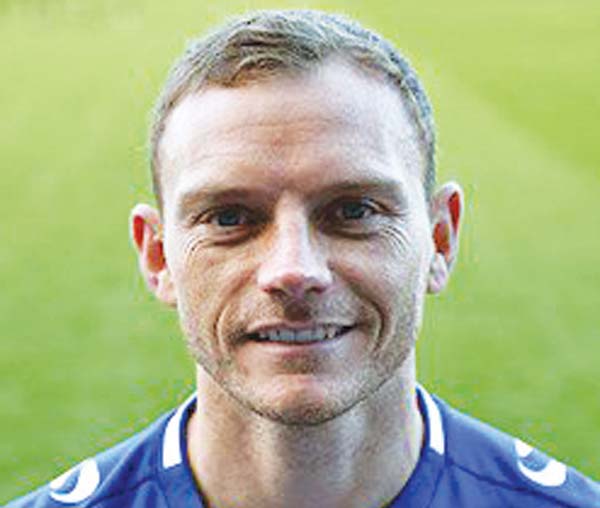 A new manager has been appointed by Alsager Town FC, within days of his predecessor stepping down.

With the season now cancelled Brian Wilson will have plenty of time to stamp his mark before the next campaign begins.

Previous manager Stuart Tulloch quit after becoming a father, and due to other work commitments.

Mr Wilson, who has joined The Bullets from Matlock Town, where he was player/assistant manager, previously played in defence for Stoke City, Cheltenham Town and Bristol City.

Speaking via Alsager Town’s website he said: “I am looking forward to the challenge ahead and I will be working hard behind the scenes to get things ready for when we get going again.

“I am looking forward to meeting the players and I will be doing my homework on the current squad to work out where we need to strengthen.

“I have worked under a number of successful managers in my 18-year professional playing career and feel that I have inherited a wealth of knowledge that will help me in this role. I am aiming to bring a professional approach to the squad and create a hard-working team that will compete in the top half of the table.”

Alsager Town play in North West Counties League Division One South. Mr Tulloch had joined the Bullets at Christmas last season, a campaign which was cut short by the pandemic. His wife had a baby in January and coupled with his other work commitments he said he would not be available on Saturdays.

Mr Greer said: “Stuart worked hard and built up a reasonable squad. With his work commitments he decided he could not do it anymore and could not commit to Saturdays. You’ve got to put your family first.”

“He’s got the experience, having played more than 400 football league games. He’s also played for Buxton and Matlock so has got the non-league experience as well. He knows what non-league football is about.”