A problem with the truth 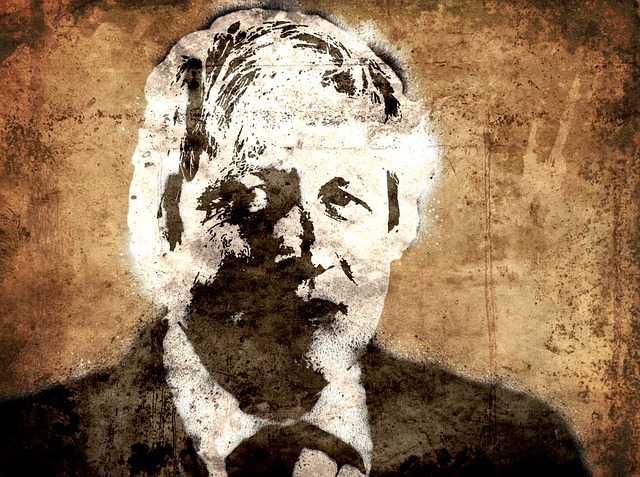 I had to write the Chronicle’s annual report for Press regulator Ipso this week.

In it we review the mistakes we’ve made over the year, the corrections we had to issue and the apologies we had to make.

This year I had to confess to one piece of bad practice on our part, in which we slipped from our normal high standards. The person concerned did not want a written correction, Ipso was never informed, and nobody knows about it but us, but for the sake of ethics and honesty, I felt obliged to reveal it. (You can download the report to find out!).

While I was writing it, it occurred to me that there are only two groups of people for whom confession does not come easily – small children and politicians.

Small children have the excuse of being half-formed human beings who have not yet learned the value of honesty, nor that their misdemeanours are all-too-evident. I once saw a small boy (not mine) hit his sister on the head with a tennis racket and, when she started crying, standing tennis racket in hand, watching the howling and tears from his sibling as if they were a complete mystery.

When his dad asked what had happened, there was a long silence (some shuffling of feet may have occurred) before the boy replied tentatively: “Somebody might’ve hit her with a tennis racket?”

Kids are one thing, politicians another. As with small boys, their sins are all too obvious but rather than confessing, they drain the public purse holding investigations into what they self-evidently did in the first place.

Take Boris Johnson. He was fully aware that he was in an office with people drinking Blue Nun and munching crisps, and that the rules he himself had drafted were being breached, but he is incapable of doing the ethical thing and confessing. Instead, he has moved along the spectrum from “It never happened” to “I’m shocked it might have happened, but I wasn’t there if it did” to “I misunderstood the rules” and finally to paying a fixed penalty notice.

In Kier Starmer’s case the situation is more complicated because the Tories are making political capital over the fact that Mr Starmer had a beer in an office with other people. If he is innocent of breaking the law, there’s not much he can do until the police decide what the police decide – but if he knows he’s done wrong, he should just admit it now.

Admittedly it does seem, metaphorically, that it’s like Mr Johnson getting done for drink driving and Sir Keir getting a parking ticket and Mr Johnson’s defenders shouting that it’s the Labour leader with a cavalier disregard for the rules of the road, but still: you’d think we’d not need to waste public money dragging the police in.

Imagine if you bought a watch from a shop in town and it broke shortly afterwards, and you took it back and instead of – as they would – apologising and replacing it, they firstly deny even having a shop on the high street, then say they are shocked yours broke but deny stocking watches, then saying they don’t serve customers in the first place before trying to argue that, even it is broken, the shop over the road sells even worse watches. It’s laughable to even think about, yet these are the responses politicians wheel out.

As with a cover up – always worse than the actual offence being covered – if they just apologised and got done with it, it’d all go away much faster.

Writing this I realised that rather than judging politicians as national figures, I often try and work out how they’d fare as a trainee reporter at the Chronicle.

Mr Johnson was sacked for making up a story, so I think we could safely predict how his short tenure would go.

We once employed someone a bit Jacob Rees Mogg and he was too effete to actually go and sully his hands finding stories. In the end I moved him from the edition he was covering, he took the hump and left.

Dominic Raab would be the very average reporter we sometimes get: works hard, tries their best and looks keen, but leaves to work in PR because they can’t quite get a grasp on the difference between revenue and capital spending in local government (this is not to malign PR firms and most of the reporters who left us for PR).

Brexit hard man Steve Baker might be ok, he looks like he’d just get on with the job, though he might be a little Alpha male. Angela Rayner would be good, and we’ve had a few like her.

Michael Gove already is a journalist, and he might be good, but he’d probably just freak everyone out. Sir Kier is clearly smart but a little gullible – does he really believe Mr Johnson will resign if he does? – and would have veteran councillors running rings round him.

Nadine Dorries would be terrible. We once employed someone like her: looked the part and impressed people with her confidence and all went well until she betrayed her lack of understanding of anything – including the English language – when she came to write it down, a prerequisite of journalism. Ms Dorries is possibly the worst person in Government, not understanding the very basic facts that Channel Four does not receive Government money and Channel Five is privately owned, the type of reporter who’d turn in a story saying Biddulph was a suburb of Congleton, and we sold the bible to buy a bat.

We once had someone like Priti Patel – competent most of time but prone to rages and anger, sitting like a storm cloud in the office. Never again.