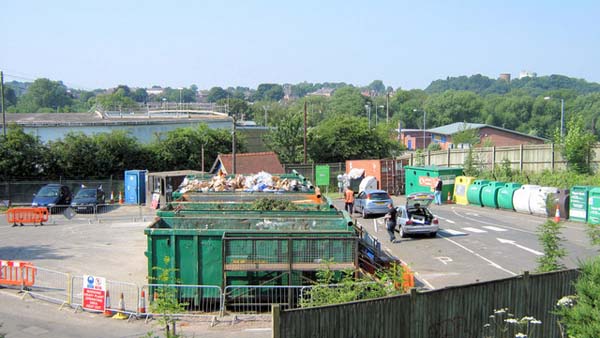 On Monday, the authority’s Environment and Regeneration Overview and Scrutiny Committee voted in favour of establishing a “task and finish” group to look at all available options for when the current site closes.

The lease on the land at the existing tip off Barn Road runs out later this year and owner Bluemantle wants to turn it into a Costa Coffee drive-through outlet.

If the Congleton site was to close, residents would have to drive either six miles to Macclesfield’s tip or eight miles to Alsager’s.

There are fears that its closure would also encourage fly-tipping, a concern raised by Congleton Coun Kay Wesley.

The Women’s Equality Party representative highlighted to Cheshire East the environmental impacts on the borough if the tip did close.

She said: “It’s clear looking at Cheshire East’s own analysis and the responses from the public consultation, that the closure of the Congleton tip would lead to longer journeys and more carbon emissions.

“Most Congleton households are not within a 15-minute drive of Macclesfield or Alsager in normal traffic conditions.”

He said: “How is it that Norfolk can build a site for £1.9m and Nottingham another for £2.5m. Cheshire East is paying £27,500 each year for our existing site and is willing to continue to pay that sum.

Coun Douglas requested that a working group should be formed by the scrutiny committee with the aim of finding possible solutions, before reporting back in six months’ time.

Fellow Lib Dem town councillor Paul Duffy also spoke at Monday’s meeting. He said: “We are repeatedly told there is no money left, however the capital programme is currently set at £128m for projects in Cheshire East.

“Given other councils have built recycling sites at a much lower cost, the service cost for ours would only be in the region of £100,000 for interest in capital repayments, a small affordable cost for any organisation of Cheshire East’s size.”

Coun Duffy pointed out that with the construction of 4,500 homes in and around Congleton, that would lead to Cheshire East pocketing an additional £8.5m each year.

The future of Congleton’s Household Waste Recycling Centre is expected to be decided at a meeting of Cheshire East Council’s Cabinet on Tuesday, 13th April.

Coun Duffy has created a petition to back the campaign go to change.org/Save our Congleton Recycling Centre.