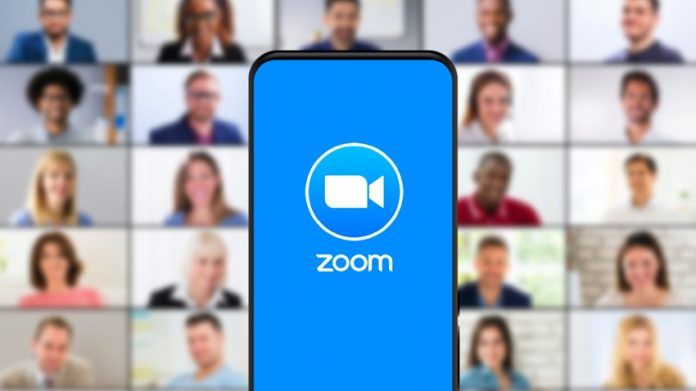 A legal bid to allow councils to continue online meetings after 7th May has been rejected by the High Court, forcing local councils to either meet outside or hire larger venues to get round covid rules.

Emergency legislation was passed in the House of Commons last year allowing councils to meet online due to coronavirus but it ended last Friday.

Councils have since been meeting online on platforms such as Zoom and Microsoft Teams – a move that has proved popular – and Hertfordshire County Council, acting on behalf of other councils, applied to extend the measures.

But Dame Victoria Sharp, president of the Queen’s Bench Division, and Mr Justice Chamberlain, concluded that the decision was one for the Government and not the legal system, and ruled that from tomorrow (Friday), council meetings in England must take place “in person”.

As we report in our Sandbach edition, the situation was summed up at Goostrey Parish Council’s recent meeting, where chair Coun Ken Morris said the Government did not want to renew the legislation introduced during lockdown because of pressure of work caused by the pandemic.

He said: “We had hoped to have Zoom meetings for a time yet, but the Government decided they were not allowed, and we also can’t have face-to-face meetings when the legislation runs out,” he said.

At that meeting, a member of the public suggested semaphore signals in the car park.

Semaphore might also be an option in Alsager, where town councillors said they would hold a face-to-face meeting “come what may”, even if that meant standing socially-distanced in a car park.

Coun Michael Unett said: “During the first lockdown before we went into virtual meetings, the temporary scheme of delegation paused a lot of the town council’s ongoing projects and it took a long time for us to catch up.

“In this period where we are not allowed to meet again, there is a danger that there could be another backlog. We are still not at a point now where we are back up and running with everything we were working on before the pandemic.”

In Congleton, the town council said it could be forced to spend up to £20,000 on equipping Congleton Town Hall for hybrid meetings once virtual gatherings were banned.

Mark Worthington, the manager of Congleton Town Hall, said he had been investigating how members of the council could return at a social distance using the current conferencing system – which has only four handsets between 20 councillors.

He told a meeting: “We have bought a standalone microphone that works well in one of our rooms, and this could allow us to operate for socially-distanced face-to-face meetings with up to four people. But the problem is that when we move back to the room, we usually use for council meetings, it is too big for the microphone and camera.

“We have had a quote for a new conferencing system, and one for additional handsets, because we would not have the capability to hold socially distanced meetings with the equipment that we have at the moment.”

Sarah Haydon, chief officer at Biddulph Town Council, said the council held its annual meeting on Tuesday, to elect a new mayor and to approve the constitution that forms the basis of the town council’s core documents and processes, but was now unable to meet virtually She told the Chronicle: “We are actively looking for solutions to ensure the town council can meet face-to-face safely.

“We have very much appreciated the public interest and their input via social media, and we feel very strongly that a virtual element should be included in all future meetings.

“As a result, we are investigating ways for the town council to continue with a hybrid system of meetings to ensure that we can continue to involve people in local democracy.”

She added: “We are mindful that there are some councillors and the public still shielding so that has to be considered with regard to the return to face-to-face meetings. In addition, the main town hall is currently being used as a vaccine centre throughout the week. We are hopeful that face-to-face meetings will resume soon, and we will publicise the dates when these are available.”

She told the Chronicle: “Many town and parish and councils are very dismayed as they thought the virtual meetings were very good in enabling the public to join easily, and participation was improved.

“It was easy to sit in the comfort of your home as opposed to travelling to a town hall on a cold evening.”

She said that most of the councillors she worked with – and she herself – preferred to meet in person, saying “it is very hard to read people’s thoughts and expressions virtually”.

She also said she felt that councillors would be more likely to debate items in person and more likely to stay quiet on Zoom, rather than causing issues and speaking over others.

She added: “It is another stage closer to getting back to normal. I would like to have the option (of Zoom) as it would increase public participation and allow councillors who sometimes can’t attend meetings to still be there.”

Congleton MP Fiona Bruce told the Chronicle that the issue was “concerning” and said the issue needed “clarifying and resolving urgently” to ensure that democratic processes and decisions could continue “in the interests of the local residents we all seek to serve”.

She said: “I have referred local councils’ concerns to the ministry of housing, communities and local government and am pressing for a response soonest.”

Biddulph MP Karen Bradley said she was “disappointed” that the Government was unable to find Parliamentary time that would have allowed local councils to carry on meeting over Zoom.

She told the Chronicle: “I have contacted all my local councils and urged them to respond to the consultation, and will continue to lobby to get the Government to find time for a new law after the Queen’s speech.”

A spokesperson for Cheshire East Council said that it had put contingency plans in place, and brought forward its annual meeting to 4th May, so that it could be held virtually under current rules.

The meeting was an important one because it marked the formal move to a new committee system at the council, replacing the Cabinet system.

The spokesman said: “Our officers have been working on arrangements for covid-safe meetings after 7th May. The recently-agreed calendar of meetings has also been arranged to take account of Government guidance that only the most essential meetings take place during the current covid restrictions.

“Our democratic services teams are working hard to ensure that future ‘physical’ meetings are held under covid-secure conditions, in compliance with whatever restrictions are in place at the time.”

The spokesman added: “Virtual council meetings worked extremely well in the past year, enabling, for example, more members of the public and Press to attend meetings and enabling members and officers to ‘meet’ safely to discuss important council business and take decisions.

“It is notable that a recent Local Government Association survey of its members revealed that 83% of councils said they would be very likely or fairly likely to conduct meetings both online and in a hybrid way once the coronavirus emergency was over, if they had the power.”

At their April Zoom meeting, Holmes Chapel parish councillors agreed to write to MP Fiona Bruce expressing the parish council’s “disappointment” at the legislation not being extended, noting that MPs had given themselves permission to continue with remote meetings until mid-June.

This change forced the parish council to re-arrange several other meetings, but the council also agreed to renew its Zoom subscription for another year.

A Commons Library briefing reported that the Government had faced demands from the local government sector to legislate to permit councils to meet virtually.

The Local Government Chronicle reported last month that councils were concerned that holding meetings in person after 7th May would require them to obtain larger venues, to maintain social distancing, generating extra costs or obliging them to limit attendance by councillors.

This could be a challenge for parish and town councils, where meetings take place in small venues in smaller localities.

On 25th March, the Government wrote to all local authorities saying it was “not possible to bring forward emergency legislation”.

The letter also stated that the coronavirus roadmap permitted indoor meetings from 17th May.

A legal challenge was mounted by the Association of Democratic Services Officers, Lawyers in Local Government and Hertfordshire County Council, asking for a declaration from the court that uses of the word “meeting” in local government legislation could be read as referring to virtual meetings as well as in-person meetings.

But the High Court ruling said that “once the flexibility regulations cease to apply, meetings must take place at a single, specified geographical location; attending a meeting at such a location means physically going to it; and being ‘present’ at such a meeting involves physical presence at that location.

“We recognise that there are powerful arguments in favour of permitting remote meetings. But, as the consultation documents show, there are also arguments against doing so. The decision whether to permit some or all local authority meetings to be conducted remotely, and if so, how and subject to what safeguards, involves difficult policy choices on which there is likely to be a range of competing views.

“These choices have been made legislatively for Scotland by the Scottish Parliament and for Wales by the Senedd. In England, they are for Parliament, not the courts.”