Only a matter of time before new book is on sale 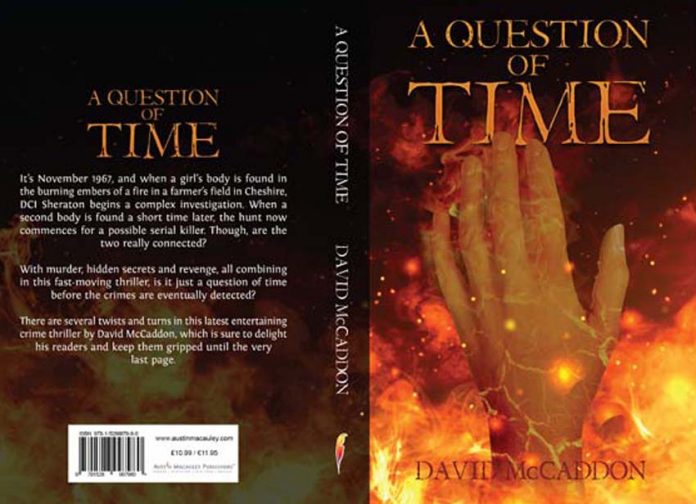 Crime author Dave McCaddon has a new book out on 31st March.

As with all his books, A Question of Time it is set in the region, and although mainly based in North Wales and Chester it features this area.

It’s November 1967 and when a girl’s body is found in the burning embers of a fire in a farmer’s field in Cheshire, DCI Sheraton begins a complex investigation.

But when a second body has been found a short time later suddenly the hunt is now on for a possible serial killer, but are the two really connected?

With murder, hidden secrets and revenge all combining in this fast-moving thriller is it just a question of time before the crimes are eventually detected?

Mr McCaddon promises twists and turns and a story to keep readers gripped until the very last page.

We hope to have it on sale at the Chronicle Office – due to re-open very soon!