Planning permission on menu for bar-restaurant 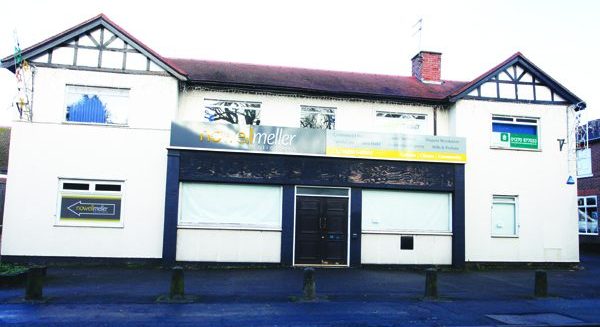 Plans for a bar-restaurant at the former Barclays Bank in Alsager have been approved.

While concerns about noise at the Crewe Road premises were among the objections of residents living nearby, Cheshire East planning officers accepted a noise impact assessment submitted with the proposal adding that the “acoustic environment” in the area was already affected by traffic using the main road, customers using the Sainsbury’s store and car park next door, and people walking between the bars and restaurants situated in both directions from the premises.

Including in HD and LD Properties’ application was a veranda and decking area at the front, which would be used for alfresco dining for 32 customers.

Conditions with the planning permission included that the use of the decking/veranda would be limited until 10pm and that the bar/restaurant’s opening hours on a Saturday would be 10am to 12.30am instead of 2am.

Alsager Town Council claimed the noise assessment report did not take into account people leaving the building at night or smokers congregating outside then returning to the building.

One letter of support received by Cheshire East said the bar/restaurant was “a great opportunity for Alsager” and that the new business had “great potential”.

Eight letters of objections were submitted from households or businesses.

Among the objections were that access to the rear of the dwellings fronting Lynton Place was via a rear alley and it was “not clear who owns this”; noise and fumes caused by deliveries; noise disturbance at night and anti-social behaviour.

Cheshire East had received a letter from Alsager’s MP Fiona Bruce asking that a local resident’s objection was taken into account.

Alsager Coun Phil Williams had requested that the application was called-in, meaning that it would be considered by councillors at an open meeting rather than by planning officers making a decision using delegated powers.

He said he wanted the call-in as there were “unanswered questions on the potential environmental impact upon neighbouring properties – particularly those behind the site, and also on “any potential nuisance to residents from late serving times and pavement seating”.

The call-in request was rejected.

In their report about the application Cheshire East’s planning officers said “proposals that help develop the evening and night-time economy in the principal towns and key service centres will be supported, where any negative impacts on amenity are addressed”.

The report pointed out that other premises in Alsager town centre, such as the Bank Corner and Casters, offered external eating and drinking adding, however, these premises “do not share the same close relationship to residential properties”.

A noise impact assessment submitted by consultants for the applicant and which had been disputed by residents, was accepted by the council’s environmental health officer who said that the extractor system and air conditioning units would operate below background noise levels.

The report said that while the bar-restaurant’s location could give rise to noise and disturbance to the nearby residential properties along Crewe Road and to the rear fronting Lynton Place, the noise was likely to be greatest from the proposed veranda and decking area facing Crewe Road.

In addition it said the decking area would be largely screened by the existing building.
While an objector had disputed information on noise levels included in a noise impact assessment submitted with the application, the council’s environmental health officer said the applicant “has done everything they could/should have”. They added that noise readings the objector had taken were both from non-calibrated pieces of equipment.

The officer explained that he himself “occasionally used a dB (decibel) meter on his iphone which generally reads +20db above the noise monitors he would normally use. This is because phone microphones amplify sound levels”.