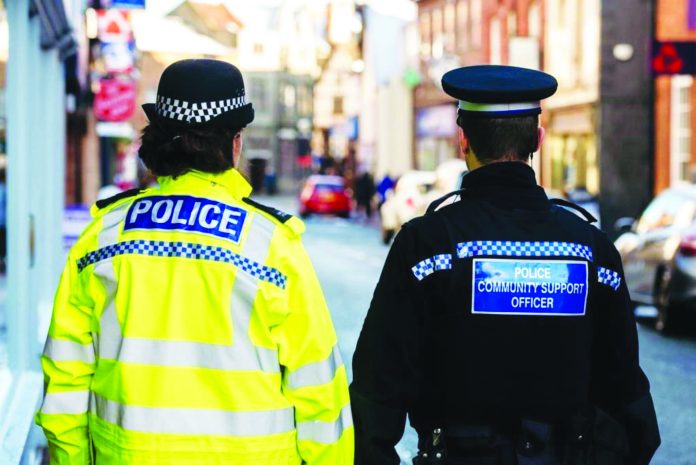 Officers across Cheshire were stepping up policing activities this week to target issues in the community as part of the national neighbourhood policing week of action.

All nine of the local policing units (LPUs) have been boosting their work in addressing key issues in their communities that have been raised by local residents.

They have also been engaging with their communities from hosting pop-up stalls in key areas to speaking with schools and youth teams.

The neighbourhood policing week of action is a national campaign where forces work together to showcase different policing teams and the benefits they have to the public.

The week of action saw officers carrying on business as usual while placing additional support in areas that have been causing particular concern to local residents.

Activities also included speed enforcement in Chester, youth engagement in Ellesmere Port, Macclesfield and Crewe, and targeting anti-social behaviour in Northwich and Warrington, plus knife sweeps in Widnes. In Congleton, they have been carrying out licensing patrols.

Assistant Ch Cons Bill Dutton, the lead for neighbourhood policing, said: “This is a fantastic opportunity for the public to see how our neighbourhood teams work to keep their communities safe on a daily basis.

“There will be a variety of things going on in the next week that will offer an insight into some of the initiatives that are ongoing to make Cheshire a hostile place for criminals.

“The week will also allow local communities to speak with their policing teams to tell us about the issues they are experiencing so that we can have a positive impact.

“I would urge anyone who has any concerns in the neighbourhoods, whether it be anti-social behaviour through to drug-related activity, to get in touch with us. We will do the rest.

“The message is clear, Cheshire Constabulary is committed to preventing crime and will relentlessly target those suspected of wrongdoing.”

Police and crime commissioner for Cheshire John Dwyer said: “The neighbourhood policing teams work extremely hard to not only keep their communities safe, but engage and support them every day.

“This dedicated week of action gives us the opportunity to shine a spotlight on them and highlight some of the work they do on a regular basis which continues to keep everyone safe.

“Speeding, anti-social behaviour, engagement and tackling crime are all key areas of work, and issues that are regularly brought to my attention. I hope this spotlight on neighbourhood policing offers the reassurance that action is being taken in our communities to keep us all safe.”