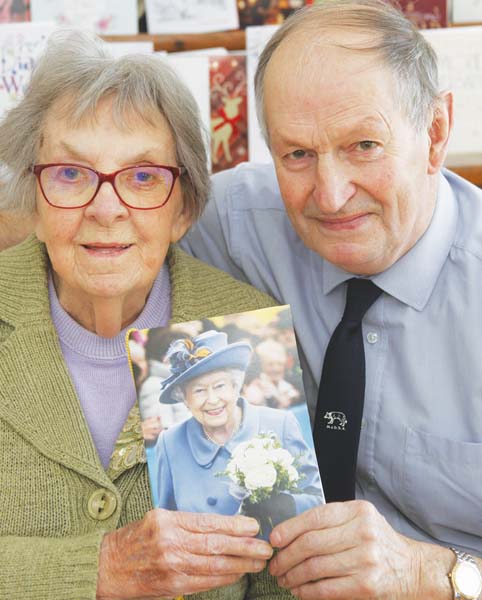 A family has said “our hearts are broken by the loss of our dad and mum” after a couple were found dead in their house.
Tributes have been made to Norman Waller, (83) and his 81-year old wife Margaret, whose bodies were discovered at their bungalow on Congleton Road, Gawsworth, on Friday morning.

Police said enquiries suggested no other people were involved in their deaths.
A statement from their family said: “Our hearts are broken with the loss of our dad and mum. They will be missed by us, their many cherished siblings and their friends forever. Carole, Angela, Martin and Allan.”

Gawsworth Coun Lesley Smetham said she didn’t know the couple personally but added: “It is hugely sad and this has sent shockwaves through the community. They were well known in the village.”

Mr Waller had recently published a book called Memories of a Country Lad, the proceeds of which went to the Alzheimer’s Society. The Chronicle was due to review it this week.

In December 2018, the Chronicle published a report and photograph on the occasion of the couple’s 60th wedding anniversary.

Mr Waller was born at Blaze Farm, Wildboarclough in 1937. Mr and Mrs Waller had met at a Youth Fellowship dance on 7th April 1957 at Staffordshire Town Hall, and were married at St James’ Church, Sutton, in 1958.

They spent their first few years of married life farming together in Macclesfield then moved to Longnor in the Staffordshire Moorlands, before their retirement.

On receiving their 60th anniversary card from the Queen, Mr Waller said: “My wife answered the door to the postman and signed for it – quite a big rigmarole – and the message said she wanted to congratulate us and she sent a signed card on a very smart piece of paper. My wife was very pleased.”

A statement issued by Cheshire Police on Tuesday said: “Police were called to the address in Congleton Road, Gawsworth at 10.17am on Friday, 12th March, following concern for the welfare of the occupants.

“On arrival, officers sadly discovered the bodies of Norman Waller, (83), and Margaret Waller, (81).

“Enquiries, including a Home Office post mortem, suggest no other people were involved in the incident. Formal ID has taken place and the family are being supported by specialist officers.

“A file will be prepared for the coroner on the conclusion of the investigation.”