Villager hopes to reopen pub ‘as soon as possible’ 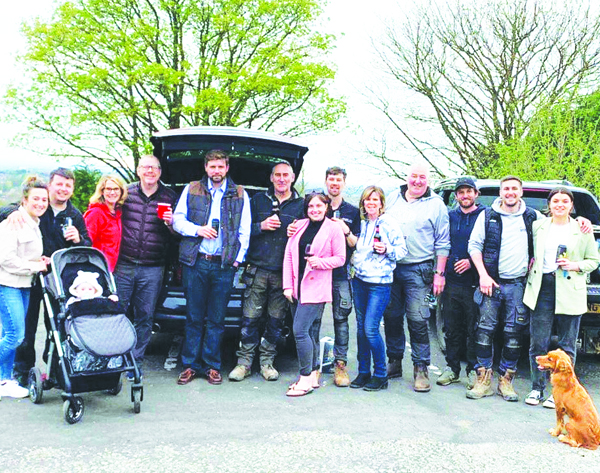 A businessman has bagged a much-loved pub that closed during the pandemic.

Locals who campaigned to save the Coach and Horses in Timbersbrook were “thrilled” this week after it was announced it had been bought by villager Cedric Stonex, who said he wanted to reopen it “as soon as possible”.

In 2020, the community was dismayed when brewery Robinsons closed the popular watering hole and sold it to a developer, who then submitted plans to build two homes in its place.

Hundreds of people opposed Dominic Bardsley’s application to Cheshire East Council, which he withdrew in March last year, a day after the authority had granted the property asset of community value status (ACV) following a campaign by locals.

This meant the pub could not be sold without the local community being given an opportunity to bid for it.

The pub, also known as the Fair House, went back on the market and has been bought by Mr Stonex for an undisclosed price.

The 32-year-old, who owns Carlisle-based handcrafted bags firm Chapman Bags, bought a house in Timbersbrook with wife Anna two years ago, having previously lived in Sandbach, and moved there in September last year.

He told the Chronicle: “When we first viewed the house, it was before the pub had shut and we went there for a pint. We were very happy that there was a local within walking distance and when it was first sold, it was very disappointing.

“When it came up for sale, we thought we would do our bit and save the local pub and with the help of the local community we’ve managed to do that.”
While he has bought it outright, Mr Stonex praised locals for their part in saving the Coach.

“When we heard that the owners had applied for change of use, we joined the community effort to make it an asset of community value. But we only had a minor role in that and had just objected to the change of use,” he explained.

“It would not have been put up for sale had the ACV not been put in place – and that’s thanks to all the locals and supporters further afield.”

Mr Stonex employs 30 people in his “day job” running Chapman Bags, which makes everything from fishing bags to luggage.

Although he has not run a pub before, he is a shareholder in his father’s French restaurant on London’s St James’s Street, which opened during the lockdowns.

He said he would be “heavily involved” in running the Coach and Horses but would be installing a management team to run it day to day.

“I want it to be a traditional country pub that serves, first of all, excellent beer, cider and wine and simple, good pub food. It will not be a gastro pub, just a very good, simple country pub,” said Mr Stonex.

The couple first moved to Sandbach four years ago after Mrs Stonex got a job as a vet, and they bought a renovation project in Timbersbrook two years ago.

He said: “Timbersbrook has suffered in the last couple of years for not having a pub and everyone I have spoken to is over the moon with the plans to reopen, which we hope will be as soon as possible. We want to engage with, and be part of, the Timbersbrook community.

“There is a lot of work to do, and it is difficult getting builders and materials at the moment. We also need to set up relationships with suppliers, so there is a fair amount to be done.”

Belinda Long, a former regular and one of those who campaigned to save the Coach and Horses by gathering names for the asset of community value bid, which was put together by another regular Steve Hawley, said: “We were absolutely ecstatic. There has been a big team effort behind this, and we are absolutely thrilled with the outcome.

“The pub has been really missed because we had the likes of the ski group that met there, run by (former landlord) David Cropper. All those people involved felt they had nowhere else to go.”

She added: “There was a huge community effort to save the pub and so many people played a part in it.

“We had signs up in people’s houses and drives, and printed flyers which even had a QR code on which would direct people to the planning application on the council website.”

Jane Lancaster, whose great-grandparents ran the pub in the 1850s and whose family still farm the surrounding land, said: “It’s really good news and it’s brilliant that the new owner is somebody local who has an interest in the village.

“The response has just been amazing, and I just can’t wait for it to be back to being a local pub for the locals. Cedric is keen to get involved with the local community.”

Congleton councillor Rob Moreton said: “In March 2021, I was given the massive task as councillor for Timbersbrook residents of presenting the case to stop the Coach and Horses pub from being developed into housing, and gaining a ACV status.

“There were more than 400 objections to this development and the research residents had done in an attempt to gain the ACV was incredible, which made my job easier to do when presenting the case to the committee. Against all the odds the ACV was granted and in turn this stopped the pub from being destroyed and housing being put in its place.

“This week, residents’ dreams came true, a local resident bought the pub with the intention of opening it again in the future. I firmly believe people power has won the day – they wouldn’t lie down and opted to fight. It is a proud moment for everyone connected to Timbersbrook.”