A day for classics at the annual alpaca rally 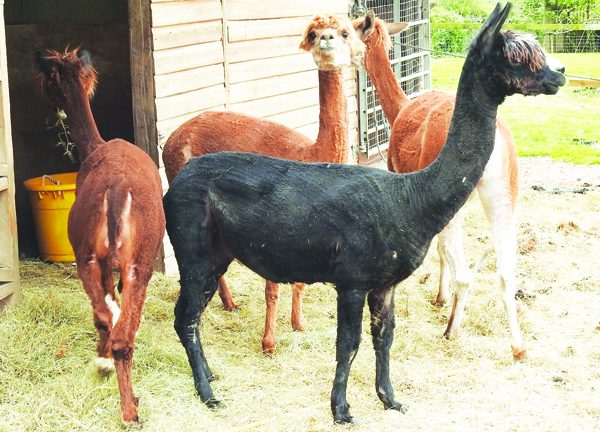 This year’s Alpaca Picnic Festival saw donations – and attendees – soar.
On the August bank holiday Sunday, the Festival opened its doors for the second year in a row and raised £4,500 for a local charity.

Local live music favourites Gastric Band performed two sets of classic and contemporary rock, with the audience sharing the stage to dance and sing along.

A shooting range, fun archery and the resident alpacas also kept visitors entertained throughout the event.

Overhead, the Cheshire Flyers were giving flights over east Cheshire and the Peak District in microlights and light aircraft in exchange for donations to the hospice.

On the opposite side of the field to the festival’s stage, a car show saw more than 60 vehicles on display, with marques including Mustang, Rolls Royce, Jaguar, Porsche, Daimler, VW and more.

Event organiser Mike Gilman said: “What an incredible day! It was wonderful to see so many people smiling and having a great time. Whether it was dancing along to some classic tunes, checking out some classic cars, enjoying the antics of the alpacas or having their breath (literally) taken away several thousand feet in the air, there really was something for everyone to enjoy. We can’t wait to start planning next year’s event!”

He added: “This festival really is a testament to the generosity and spirit of everyone who pitched in to make it a success, as many friends and people from the local area helped run the games and make sure the whole day ran smoothly.”

Car show organiser Jaris Ash said: “The support and interest that we had from the local community for the car show was remarkable. It meant a lot to be able to put this on in memory of Viv Ash, who helped organise the car show for the inaugural Alpaca Fest, and to give something back to East Cheshire Hospice, which really helped our whole family during a very difficult time.”