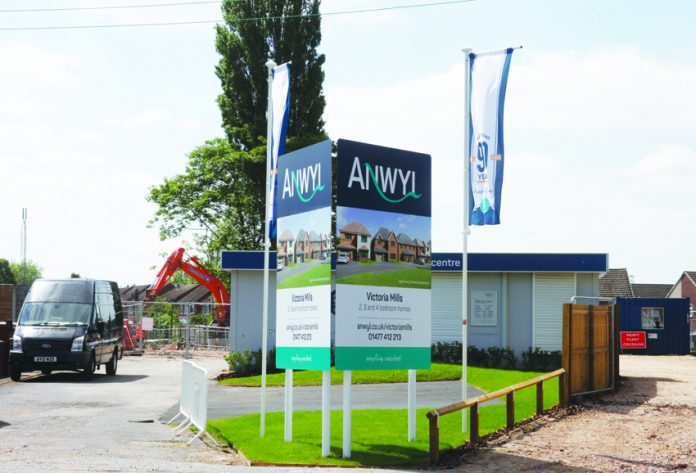 Funding to the tune of £25,000 for some road safety measures in Holmes Chapel will have to be provided by a housing developer before the first of its properties on a new site can be occupied, the Chronicle has been told.

And Cheshire East Council has revealed that due to the rise in traffic volume from when planning permission was first granted nine years ago for the site off Macclesfield Road, the original section 106 agreement, relating to developer contributions, “was limited in its scope” in respect of the current level of traffic.

It comes after mounting concerns in the village about the need to make the roads safer for pedestrians as more and more homes are built.

One of the routes was along Macclesfield Road, used by parents taking their children to Hermitage Primary, on Hermitage Drive, where Anwyl Homes is building 138 properties on its Victoria Mills development, the former home of the Fine Décor wall covering company.

In a letter to the Chronicle last week, Hazel Sutcliffe, chair of Holmes Chapel Partnership, claimed that Anwyl had not been required by Cheshire East Council, the planning authority, to make any contribution to the surrounding road infrastructure.

Referring to a previous article which reported that the developer had seen a 30% rise in turnover with profits up £2m, she added: “According to the article, Anwyl has been successful in collecting ‘both national and regional awards this year’. One of these is the Royal Society for the Prevention of Accidents gold medal health and safety award.

Unfortunately, Anwyl does not seem to feel any responsibility towards preventing accidents likely to happen as a result of their developments.”

In response, a spokesperson for Anwyl Homes said this week that “it did not have a comment to make at this time”.

Coun Mick Warren, Cheshire East Council’s chair of environment and communities, said: “A section 106 planning agreement for developer contributions applies to this development and is still live. It is dated 5th July, 2012, when planning permission was first granted.

“Unfortunately, that agreement is limited in its scope when compared with the volume of highways traffic in the area of this development in 2021.

“However, a sum of £25,000 has been secured by way of a travel plan and can be used towards the funding of some highway improvement works, for example upgrading pedestrian facilities and bus stops.

“That payment is due prior to first occupation of the development site.”

There have been concerns in Holmes Chapel that Cheshire East is not treating the village as a “priority area” as the parish council is still awaiting a response to a document it sent at the beginning of the year outlining suggestions for road safety measures such as wider pavements, more street signage, more pedestrian crossings and regular cutting of overhanging hedges to improve visibility.

Coun Craig Browne, deputy leader of Cheshire East Council and chair of the highways and transport committee, recently said that he would “like to reassure the partnership and the parish council that their concerns have been noted and the suggestions are being considered.”