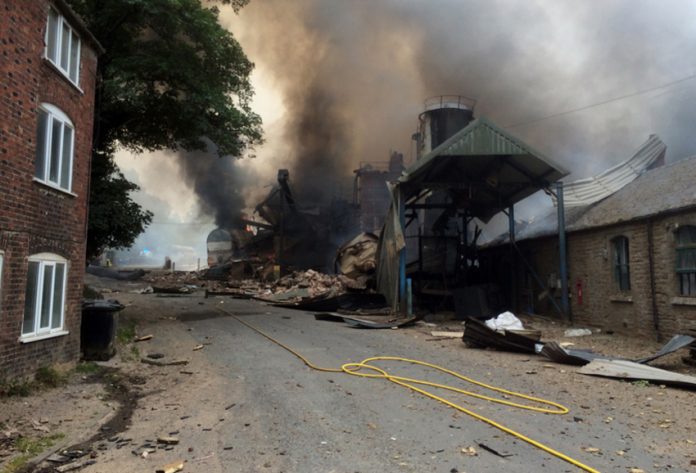 The decision of a court following the trial of those who had been charged in relation to the fatal Bosley wood mill explosion “will not be what the victims’ families had hoped for”, police have said.

George Boden, (64), a director of Wood Treatment Ltd, had been charged with manslaughter and the firm accused of corporate manslaughter, while mill manager Peter Shingler, (56), of Bosley and operations manager Philip Smith, (58), of Macclesfield, were both accused of health and safety offences.

Their trial had been held at a Nightingale Court in Chester during the last three months but on Thursday the manslaughter charge against Mr Boden, of Stockport, was dropped, as was the charge against the company.

On Friday the jury was directed to return not guilty verdicts for Mr Shingler and Mr Smith.

Det Ch Insp Paul Hughes, who led the investigation for Cheshire Police, said: “Following the devastating explosion at Wood Treatment Ltd in Bosley back in 2015, when four people tragically lost their lives, others were seriously injured and a community was devastated, a joint investigation was launched between Cheshire Constabulary and the Health and Safety Executive, assisted by Cheshire Fire and Rescue Service.

“This has been a complicated and lengthy process and our teams have worked tirelessly to provide a full file of evidence to the Crown Prosecution Service who authorised the charges and in January a trial got underway.

“On 22nd April, Mrs Justice May directed that the charges of corporate manslaughter and gross negligence be discontinued and the prosecution subsequently went to the Court of Appeal, who agreed with the judge in the case.

“We acknowledge and accept the decision now made by the court.”

He added: “We understand that this will not be what the families had hoped for and that it will not take away from the devastating loss they feel. We know that this has been an extremely difficult time for everyone involved and we are continuing to support the families as they come to terms with the outcome.”

Mr Boden is due to be sentenced for the health and safety offence on 18th June.
When the trial started, the court was told that employees warned that the mill was a “ticking time bomb”.

Following the blast on the morning of 17th July, 2015, firefighters arriving at the scene were met with “obvious casualties” and “walking wounded evidently suffering from burns” with around 20 people “dazed and shell-shocked” standing in the road.

One fire officer described the devastation as a scene “like out of the movies”.

The blast left behind more than 800 tonnes of rubble for search teams to investigate as part of the longest, single urban search and rescue deployment of any incident in the country.

While investigators could not be precise about the cause of the blast, it was explained in court that there was likely a primary dust explosion that led to a larger secondary explosion.

Tony Badenoch QC, for the prosecution, had said that at the mill “there was a litany of failures to adhere to basic maintenance, which informs the background as to how the devastating explosion occurred”.

The prosecution also highlighted “serious concerns about safety” that employees of the mill had included one who called the plant a “ticking time bomb”.