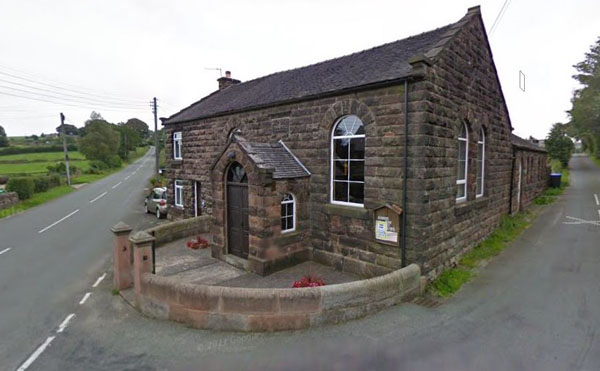 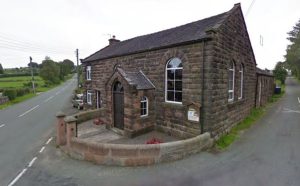 Turning a Biddulph chapel into a three-bedroomed home would be better than it “falling into dereliction”.

That was the decision of town councillors, who agreed that the old Methodist chapel on Biddulph Park Road should be in some sort of use, rather than abandoned.

Their recommendation will go to the higher-tier Staffordshire Moorlands District Council for a final decision later this year.

The application was submitted by Mr S Edwards and will involve alterations inside, but has caused concern for some of its neighbours.

At a meeting of the town council’s Planning Committee last Tuesday, Coun Nigel Yates was among those to back the application.

He said: “I was quite surprised at some of the objections to the plans. If it’s refused as a conversion, what will happen to the site? Will it become derelict? Will it be bought by another church? Will it be converted to warehouses?”

Coun John Jones agreed, pointing out that there was a precedent for similar developments in the area.

He added: “These buildings are better converted than falling into dereliction. Subject to the council’s highways department not having any problems, I have no objections.”

The building was originally built as a Wesleyan Chapel around 1680 and was listed for sale last Christmas when former occupant Oasis Community Church decided to relocate.

There has been some concern from neighbours that there is “no provision for off-road parking” within the plans and that Biddulph Park Road is “a fast busy road with a blind 90-degree bend”.

One objection said that any attempt to park nearby would “substantially increase road danger” and impede what is “already limited visibility”, while another cited that the church overlooking an adjoining property was an “invasion of privacy”.

At last week’s meeting, Coun Jim Garvey, the town mayor, also had some misgivings.
He said: “It is on a busy section of road and there is no parking allocated on the plans. It would result in parking on either the main road or the adjacent side. I would be very concerned because it is a dangerous road.”

However, it was subsequently agreed that the plans would be put forward without objections on the condition that a yet-to-be-produced report from the district council’s highways department deemed there to be no safety issues.