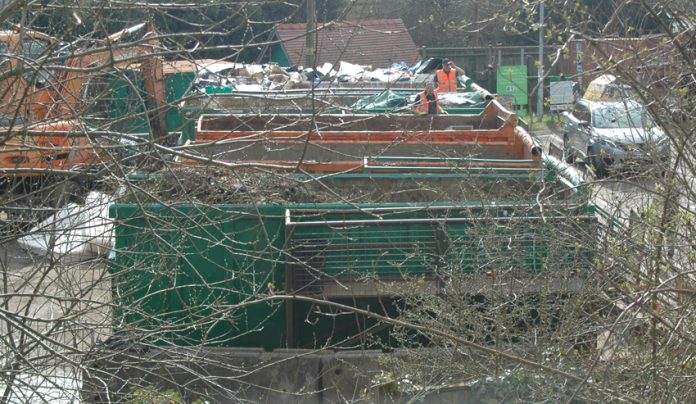 The town council has hit back at “accusations” made by the borough council’s leader in relation to looking for an alternative site for Congleton tip.

At a meeting of Cheshire East Council’s Cabinet last Tuesday, where it was agreed that the Barn Road recycling centre would not be replaced when the lease runs out in four months, Labour leader Coun Sam Corcoran made comments that left some members “confused”.

He said in relation to looking for an alternative site for a tip: “I have approached Fiona Bruce MP to see if she would support a bid for Government funding, particularly under the community renewal fund or any future modifications to it.

“I have also approached Congleton Town Council, but I haven’t had a positive response from either.”

A statement from the town council issued a week later rebuked this, arguing that members “cannot understand” how Coun Corcoran had formed this opinion, after they had spent “many hours” looking to find a solution to the closure of the tip.

The statement said: “Councillors and officers were, and still are, keen to discuss the matter with Cheshire East Council to seek a positive way forward so that this essential function can be delivered in the borough’s fourth largest town.”

Lib Dem Coun Robert Douglas, who has campaigned for a “task and finish group” to be set up to find solutions, said: “Coun Corcoran asked whether the town council would be willing to work with Cheshire East Council on this issue.

“Following a meeting at which 17 of our councillors attended, Coun Corcoran was advised that all those present agreed that the issue of Congleton’s recycling site should be discussed at a joint meeting.

“Unfortunately, our offer was not taken up. Shortly after, a scrutiny committee recommended that a task and finish group should be set up to look at all alternative options for a replacement site.

“We had expected that we would be closely involved with Cheshire East Council in the work carried out by this group. We are extremely disappointed that the Cabinet did not adopt the recommendation to set up a task and finish group.”