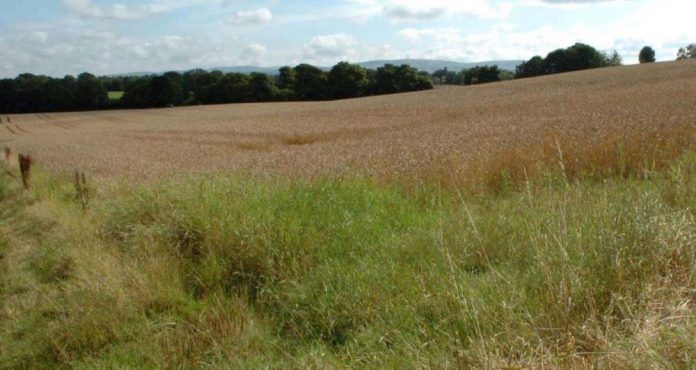 Through-traffic will start using rural lanes if more development is allowed on land on the outskirts of Congleton.

That’s the message from opponents who plan to raise their concerns at the next meeting of Hulme Walfield and Somerford Booths Parish Council. The meeting will discuss the impact that future developments off Giantswood Lane may have on the surrounding area.

One fear is that an increase in car-owning families would lead the borough council and the highways department to introduce traffic engineering measures such as roundabouts or junctions off the lane, which is part of the national cycle route and a popular walking route.

Residents have said that this would attract unnecessary through-traffic into the parish, onto Giantswood Lane and other rural roads, despite there being “no good reason” for it when the adjacent link road nears completion.

On Thursday parish councillors will consider a planning application for Mount Pleasant Farm, off Giantswood Lane, where there are outline plans to build up to 50 houses with vehicle and pedestrian access.

Among those who have already objected to the proposals is Fiona Bruce MP. She said: “Giantswood Lane is a residential country lane with no footpaths beyond the 40mph zone. The lane is narrow in many places and entering or leaving Giantswood Lane from/to Rood Hill is already hazardous. If this development is permitted, this will only be exacerbated.

“In view of the very strong feelings of residents, I would be most grateful if you would record my personal objections to this proposal.”

Parish councillor Vic Brown has met officers from the borough council to establish what traffic engineering measures Hulme Walfield may see in the future, if developments were approved.

He said: “The intention is clearly to construct a roundabout or junctions on Giantswood Lane, opening up the lane to a significant amount of through-traffic.

“There are no traffic projections for this, but even if you apply a figure of 0.6x to the number of planned houses, another 200 vehicles at peak times does not seem unreasonable.

“In my view, having constructed a much-needed link road to take traffic off the existing estate structure, I can see no good reason why they wish to propose a link between the two key development areas either side of Giantswood Lane.

“More and more local people are using this lane and the adjacent area around Westlow Mere for daily lockdown exercise, dog walking, cycling, jogging and horse-riding. Even the proposed speed limit of 40mph is too high on safety grounds.”

At the last meeting of the parish council, residents and councillors spent more than an hour voicing concerns at the impact new estates may have.

One resident of Giantswood Lane, Colin Bodimeade, said this week: “We have been involved with development in this area of town for a long time now.

“Our concern is that the domino effect will create a massive influx of traffic when all these sites are developed. This is completely inappropriate for this type of lane; it can’t take it.

“There is already congestion at the Rood Hill end of the lane, it’s an impossible scenario. We need to make the developers aware that there are other routes that don’t involve traffic coming down Giantswood Lane and they have to explore those.”

Another resident, Geoff Gittins said: “I think everyone’s concern is about the traffic on Giantswood Lane and the effect these developments have on road use. Giantswood Lane is a lane, it’s not a highway, but there are fears that it could become like one.”

The final date for objections to the Mount Pleasant application is Monday, 15th February.
Cheshire East Council is expected to make a final decision on the plans by the beginning of April.