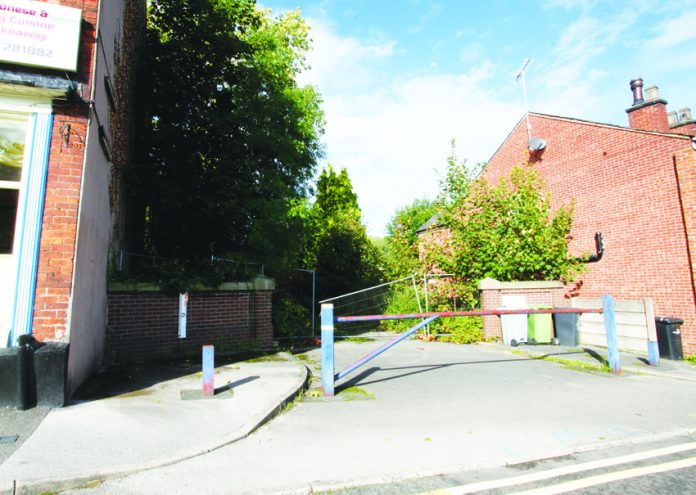 A five-storey care home with underground car parking and a rooftop garden could be built in Congleton town centre.

A Mr Wylie has applied to Cheshire East Council for permission to build the care home, which would have a salon, tea rooms, cinema rooms, games room, library and dining areas on the site of the former Dane Bridge Mill.

Since the mill building was demolished in 2011, the site has lain dormant save for a few bricks from its original façade fronting the main road next to the river Dane bridge, a gateway into the town.

A similar scheme – for a four/five-storey building of 44 apartments and undercroft parking – by Selyor Properties was approved with conditions on 4th October, 2019. Since then the site has been sold by estate agents Savills.

The latest application, submitted to the council on 27th September, states that the residential care home areas would be arranged along a “central circulation spine” that ran through all floors.

The private resident bedrooms would be placed for natural light and best views. Social spaces would be located at either end of the rectangular plan. These spaces would act as the main lounges and activity centres for the building. The lounge spaces would be positioned to also provide views over the river Dane and beyond the site boundary.

The fifth floor would provide residents with a roof top garden space for socialising and fresh air in a safe and secure area.

The pedestrian and vehicle access point would be the existing access point off Mill Street.
Two mills have been built on the side.

In 1788, the famous Nathanial Pattison built the first mill, five stories high and with machinery driven by an 8hp steam engine.

John Clayton and Mr Pattison had in 1753 built the Old Mill, now apartments opposite the Steamboat restaurant, the third purpose-built factory in the Industrial Revolution and thus in the world.

The mill was sold at the Lion and Swan in 1849. The main building must have been demolished between this date in 1875 because the mill then was only three stories high.

It was still a silk mill in 1830 after which there is a gap but by 1890 it was a fustian cutting mill, up until 1934. The mill was also occupied by Condura, a subsidiary company of Conlowe that made the famous Judy frocks for children, stocked by the most prestigious stores in the country.

Universal Shirts was next, in the 1960s, and printing company Maxpress purchased the mill around 1973 – they printed bingo tickets. It became vacant in 2003 and was demolished in 2011.

If the application is approved, the site will echo its neighbour on the opposite side of the river, which now houses the McCarthy and Stone retirement apartments but was originally the site of the Old Mill.

People have until 28th October to comment on the plans using reference number 21/4841C. The council’s decision target date is 27th December.