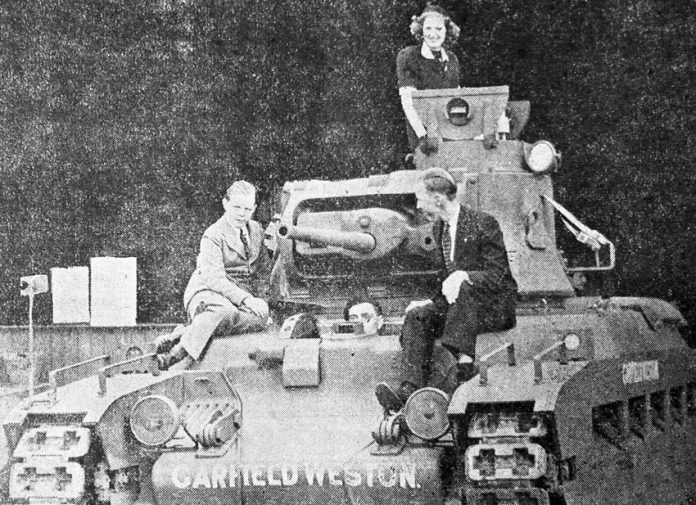 The family of Congleton’s former MP have put one of their most famous assets on the market.

W Garfield Weston was a Canadian businessman and philanthropist who was a member of the prominent Weston family. He led George Weston and its various subsidiaries and associated companies, including Associated British Foods, for half a century and established one of the world’s largest food processing and distribution concerns – and also served as Conservative MP Macclesfield from November 1939, when Congleton was part of the Macclesfield constituency.

And this week it was reported that the Weston family had launched an auction to sell their historic department store Selfridges.

National newspaper reports said advisers at Credit Suisse would start looking for a buyer, with the company valued at as much as £4bn.

As seen on the recent television drama, the business was set up by Harry Gordon Selfridge, but he died penniless in 1947 after getting into debt and being forced from his position on Selfridges’ board. The store has been controlled by the Weston family since 2003. The business runs 25 stores worldwide, including its Oxford Street store and Birmingham site within the Bullring.

The Westons, who still own a majority stake in Primark owner Associated British Foods, are the eighth-richest sterling billionaires in the country with an estimated worth of £10.53bn, according to The Sunday Times. Both Fortnum and Mason and Selfridges are owned by the family’s Wittington Investments, as is furniture retailer Heal’s. Wittington Investments has a majority stake in Primark parent company AB Foods.

Back in WWII, Congleton’s MP was a generous man. He donated 500 radios after Canadian troops stationed in England complained of boredom in their camps.

In August 1940, following a day of heavy aerial losses during the Battle of Britain, Mr Weston topped this when he donated £100,000 for 16 Spitfires, kicking off a series of public donations to the Spitfire Fund.

In 1945, with the defeat of Nazi Germany, Mr Weston left British politics to return home to Canada – famously, Dambusters hero Guy Gibson was once in the running to take his place but stood down as candidate, before he was killed in a plane crash.

During the mid-1950s, Mr Weston began developing a chain of grocery stores under the Fine Fare banner, which evolved into the largest supermarket chain in Great Britain with some 1,000 stores.