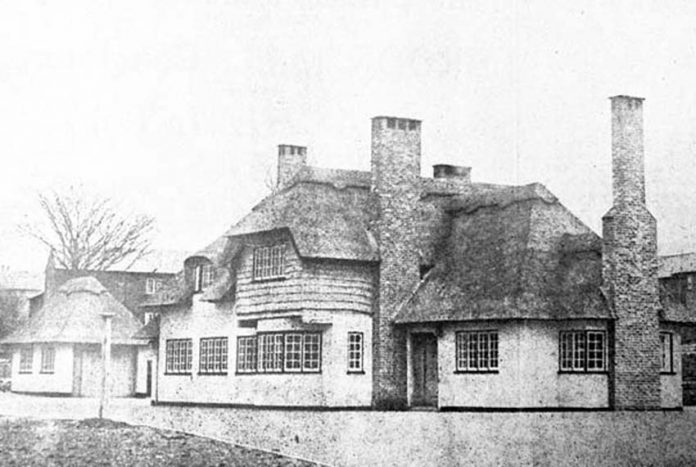 The “new” Church House, Buglawton, opened this month 80 years ago, taking over the licence of and replacing the old Church House at Hardings Bank.

It was the first of the large “country inn” type of hotels to be erected in the Congleton district, we reported in 1941.

We said: “The one at Buglawton may truthfully be said to have been most tastefully and harmoniously designed, without anything in the shape of a jarring note either inside or out.”

Perhaps the fact that Mr JH Walters, who designed the pub for Frederic Robinson, lived locally – not many yards away in fact – had had something to do with it, we noted.

Mr Walters was the architect for two similar houses built for the same brewery – The Flower Pot, Macclesfield, and The Legs of Man, Smallwood, then still to be opened.

Designed in the Tudor style, a conspicuous feature of the new Church House was the “beautiful” Norfolk reed thatch roof. In the lounge there was an inglenook. The walls of this room, and of the passages and staircase, were panelled in oak and there was a smoke-room and public bar. The flooring was constructed of rock- asphalt, surfaced with “Korkoid” buff panels with green strips.