Influence of TikTok on young people 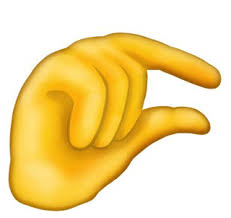 You’d think a man who seems to favour beating women into submission and scamming his followers would not be too popular – don’t try it at home – but Andrew Tate is one of the most famous figures on TikTok, where videos of him have been watched 11.6bn times.

Worryingly, the racist misogynist is very popular with young boys.

You may have seen him on the news last week, getting arrested after giving away his location via a pizza box in a snarky social media post to Greta Thunberg; clearly an intelligent young woman with opinions led him to lose the plot.

He styles himself as a self-help guru, offering lacking-in-confidence young men and young boys tips on pulling girls, making money and “escaping the matrix”, though as he’s now confined to a cell, the latter is not going too well.

He shot to infamy in 2016 on Big Brother, when his homophobic and racist tweets were discovered. A video emerged showing him hitting a woman with a belt, though she said it was consensual.

Mr Tate’s website offers training courses on accumulating wealth and “male–female interactions”. He made videos to sell sob stories, a business he said was a “total scam”, and operates Hustler’s University, a website where members pay a monthly fee to receive instruction on topics such as drop-shipping (buying and selling goods without ever owning them) and cryptocurrency trading. So not a scam at all.

Mr Tate’s charming views include that sexual assault victims share responsibility for their assaults, depression isn’t real, women “belong in the home”, “can’t drive”, and are “given to the man and belong to the man,” and other stuff we can’t print in a family newspaper.
He has described himself as “absolutely a sexist” and “absolutely a misogynist”.

“It’s bang out the machete, boom in her face and grip her by the neck. Shut up bitch,” he says in one video, acting out how he’d attack a woman if she accused him of cheating.

The White Ribbon campaign, of which Congleton Town Council is a member, has called Mr Tate’s views “extremely misogynistic” and their possible long-term effects on his young male audience “concerning”.

I was vaguely aware of who he was, but since my son started secondary school it has become clear that large numbers of boys follow Mr Tate, known as Top G, and after his arrest – in Romania, on suspicion of human trafficking, rape and forming an organised crime group – WhatsApp groups shared images of Mr Tate and his opinion that he was being silenced by the “matrix”, as well as the usual go-to of cult-leading con artists: “If I die, it won’t be an accident.”

His popularity is concerning, not least for his vile views on how women should be treated; admittedly it is possible boys are more attracted to him because he has some flash cars (gloating over his emissions to Ms Thunberg led to his arrest) and don’t take too much notice of the rest. But I doubt parents want their offspring discovering the news thanks to a man arrested for human trafficking and rape, either.

It is also concerning how TikTok (and other social media) feeds such views to young people.

Somebody (the Guardian, I think) set up a fake TikTok account posing as a teenage boy and was quickly shown content of Mr Tate. After watching two of his videos, the platform recommended more, including clips of him expressing misogynistic views. The next time the account was opened, the first four posts were of Mr Tate, from four different accounts.

In one, he described how he expected his girlfriends to behave: “I inflict … absolute loyalty from my woman. I ain’t having my chicks talking to other dudes. My chicks don’t go to the club without me. They are at home.” Not a life lesson you want children developing into young adults to absorb.

If you doubt the power of social media on children you’ve obviously not got any around or you’d know all too well thanks to your frequent trips out to buy Prime, the must-have drink.

Prime is a bog standard drink but was launched by YouTube stars Logan Paul and KSI, and is thus impossible to get hold of; it makes rocking horse manure look as common as muck.

Asda has been a good choice as long as you get there early enough and Aldi, which made it a “special buy” last week, limited sales to one per person and then sold out. (Prime is 10% coconut water, electrolytes and B vitamins and has zero sugar or caffeine).

The national papers reported stores selling bottles for £15 and £20; we found it on Amazon for £17 (£15 for a fake) – that’s for one small bottle of fizzy drink. Eventually we got a tip-off about an outlet that was slightly out of the way, where bottles could be had. And no, not telling.

The reverse side of the coin is how this can all be controlled. It’s hard to see how Mr Tate’s views could be made illegal without banning a load of harmless albeit contentious material, too. Whatever his faults, Mr Tate is both highly motivated and very smart, and would probably quickly circumvent any hastily prepared laws.

Still, top marks to Ms Thunberg, who may appear po-faced at times (not surprising, given her specialist subject); when Mr Tate messaged her praising his carbon-emitting supercars and asking for her email address to give her more information, she responded with the fake address smalldickenergy@getalife.com, one of the most-liked tweets ever, and enraging Mr Tate enough to get himself arrested.