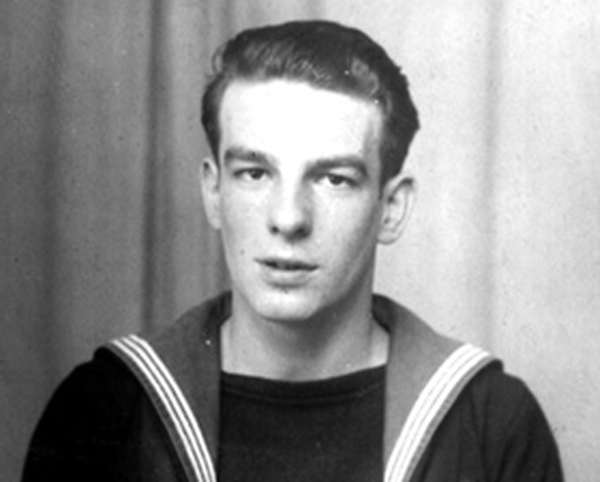 The last survivor of a destroyer “adopted” by Congleton in World War II turns 100 on Friday, 16th December.

Frank Witton was born in St Albans on 16th December 1922 and lived there with his wife Cath until the age of 98, when they moved into a new home at Devizes, near to one of their two sons. He served aboard HMS Woolston, the destroyer adopted by Congleton during WW2, and about which the Chronicle printed regular reports. Bill Forster, who runs the V&W Destroyer Association, has very kindly let us use information from his website. The photos are courtesy of Mr Forster and Mr Witton.

This story appears in full in this week’s Chronicle.

When his training ended, Woolston was at sea and he stayed aboard HMS Vortigern, a sister ship of Woolston, until Woolston returned to port 11 days later. Had he stayed on Vortigern he would have been killed – HMS Vortigern was sunk on 15th March 1942. Only 12 men were saved.

Mr Witton described the terrifying conditions in appalling weather without any winter clothing.
He said: “The ship was almost going 45 degrees”, although the bad weather kept the U-boats away. There was no time to go ashore; they left for Scapa Flow with the capital ships within 24 hours.

Mr Witton recalled that HMS Woolston was a happy ship. Lt Hawkins, the CO at Sicily, in 1943 was “a bit of a tartar” but Jack Broughton was “a smashing bloke” and “all his officers were really good”. 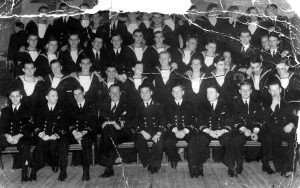 Lt Frederick Hawkins was killed when commanding HMS Boadicea during the Normandy landings, when she was bombed and sunk off Portland on 13th June 1944. There were only 12 survivors from a total complement of 182.

In May 1945 Woolston went to Norway to accept the surrender of the U-boats at Bergen. Admiral Otto von Schrader was in command of the U-boats and came aboard Woolston to surrender to Captain BD Nicholson RN and the Norwegian naval commander.

Dr Mathews, a future dean of St Albans Cathedral, was padre on HMS Norfolk, which arrived at Bergen the next day and spoke at the service in the church.

Mr Witton joined HMS Suffolk and was sent to Melbourne, Australia, but when Japan surrendered returned to Britain.

He met his wife-to-be at a dance in Dunfermline near Rosyth. They married on 29th June 1945 and lived in Edinburgh before returning to St Albans in 1947.

Do you have an opinion on this? Send a letter to the editor.