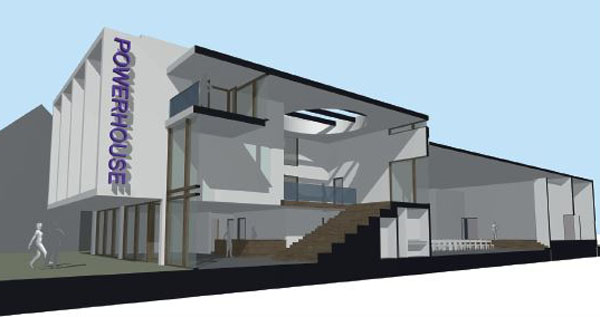 Crewe is not to get a new live music venue, after the council agreed the scheme should be dropped to save money.

The board overseeing the Town Deal programme has asked for Cheshire East Council approval to drop the Lyceum Powerhouse live music venue project, so that the £5m it would cost could be reallocated.

A report to the Cheshire East said that keeping the scheme and dropping others would result in other projects being stopped at a stage when legal and commercial activity was well advanced, and there would be a “high likelihood of significant reputational risk”.

Retaining all projects within the Towns Fund programme would require all projects to seek alternative funding to address any unfunded cost increases, which could again place the council at risk, financially or reputationally.

The Economy and Growth Committee was asked to approve the submission of a request to Government to remove the Lyceum Powerhouse project from the Towns Fund programme and to delegate authority to the director of finance and customer services, in consultation with the executive director place and Crewe Town Board, with the reallocation of the £4.9m across the remaining projects in the programme.

Crewe councillor Marilyn Houston told the meeting: “We’re now in the hands of the Government to do with the Towns Fund. We’ve got a package of very exciting projects within that that’s being overseen by the town board.”

She said it was understandable there were financial issues because building costs had gone up and added: “I am concerned now that we’re very much on a cliff edge, in that we’re going to have to wait for the outcome of the request to Government to agree to the plans that’s been put together by the town board.”

Macclesfield councillor Nick Mannion, who is a member of Crewe Town Board because he is chair of Cheshire East’s Economy Committee, replied: “The independent evaluation report that was considered by Crewe Town Board received overwhelming support. It was probably
one of the toughest decisions the town board has had to make.”

Coun Janet Clowes (Wybunbury) wanted reassurance that the cash allocated to the Lyceum Powerhouse scheme would definitely be reallocated to other projects in the Towns Fund.
“I wanted some confirmation my understanding is correct – that in these very difficult circumstances Government is not actually retracting the monies it has already given us. I welcome the fact they are not removing it, but it is up to us to get our best value for money and to deliver those projects we feel best deliver for Crewe.”

Peter Skates, the council’s director of growth and enterprise, reassured the committee the funding was still there.

The committee agreed to ask the Government for permission to remove the Lyceum Powerhouse project from the programme.

The funding will be allocated to other projects; Crewe has been allocated £22.9m through the Towns Fund and has secured business case approval from Whitehall to continue with a pocket parks project, the Flag Lane Baths community hub and Crewe Youth Zone.

A history centre is included in the project list, with the associated public realm already approved, while the Cumberland Arena will offer improved sports facilities.

A further £14.1m has been secured from the Future High Streets Fund, while further support could come through one or more of the Levelling Up Fund, the Shared Prosperity Income Fund and investment zone development. Crewe is also on the shortlist to house the new Great British Railways HQ.

A report prepared for the meeting noted “significant and persistent cost inflation in the construction sector” posing a risk to all capital projects.

The Lyceum Powerhouse was billed as a “state of the art” live music venue and creative skills centre, providing development opportunities for young people in the performing arts. It was devised by Crewe Cultural Forum and HQ Theatres.
• Reporting of meeting: local democracy reporter Belinda Ryan.